Catching up with co-stars Deepika Padukone and Siddhant Chaturvedi 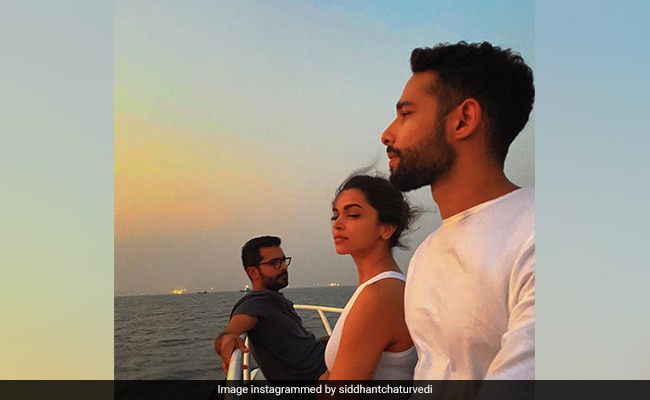 Co-stars Deepika Padukone and Siddhant Chaturvedi started trending instantly after the Gully Boy actor posted pictures on Instagram, on Tuesday. Deepika and Siddhant Chaturvedi will co-star in Shakun Batra's untitled film, also starring Ananya Panday. Deepika, who resumed shooting for the film in Alibaug on Tuesday, can be seen chilling with Siddhant in the pictures. The duo can be seen twinning in white outfits. Sharing a series of pictures, Siddhant captioned the post: "Sunset lovers." The comments section of Siddhant's post was filled up with heart emojis from fans. The film is being produced by Karan Johar's Dharma Productions.

Earlier on Tuesday, Deepika's husband and actor Ranveer Singh was spotted seeing the actress off at the Gateway Of India. See the picture here: 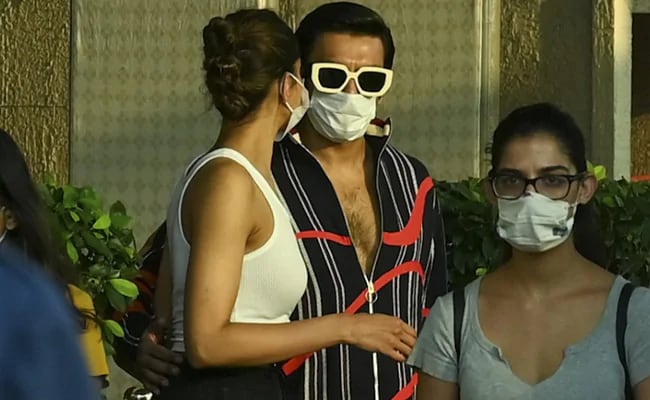 Deepika Padukone was last seen in Chhapaak. The actress has signed the Hindi remake of the 2015 film The Intern, which was meant to star late actor Rishi Kapoor. The revised cast of the film has not been announced as of now. The actress has also signed a film opposite Prabhas, which will also feature Amitabh Bachchan.

Siddhant Chaturvedi became a household name after he played the role of MC Sher in Zoya Akhtar's Gully Boy. He stepped into the Indian entertainment industry with the 2016 web-series Inside Edge. He has also been a part of the web-series Life Sahi Hai. The actor also dubbed for the Hindi rendition of Men In Black: International. The actor's upcoming projects include Phone Bhoot, with Katrina Kaif and Ishaan Khatter, and Bunty Aur Babli 2, with Rani Mukerji and Saif Ali Khan.