Just A Pic Of Salman Khan In His Antim: The Final Truth Look 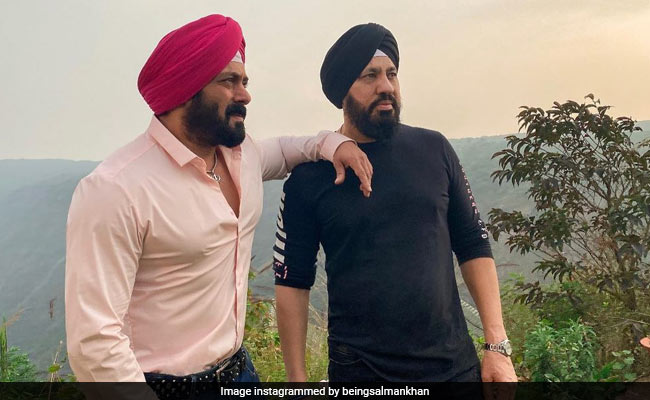 Salman Khan's latest Instagram post is all about "loyalty." At least that's what the actor's caption on the post says. Salman posted a picture of himself along with his bodyguard Shera on his Instagram profile on Wednesday and he wrote "loyalty" in his caption. In the picture, Salman Khan can be seen dressed in a semi-formal outfit and can be seen wearing a turban. The picture appears to be a BTS shot from his forthcoming film Antim: The Final Truth, which also stars his brother-in-law and actor Aayush Sharma. Salman's fans filled up his post with lots of love in the form of heart emoticons.

Meanwhile, the actor posted an update on Radhe on Tuesday and he wrote: "Sorry it has taken me a long time to revert to all the theatre owners. It's a big decision to make during these times. I understand the financial problems that theatre owners/exhibitors are going through and I would like to help them by releasing Radhe in theatres."

In terms of work, Salman Khan is currently seen as the host of the TV reality show Bigg Boss 14. He will next be seen in Radhe: Your Most Wanted Bhai, co-starring his Bharat co-stars Disha Patani and Jackie Shroff. The film will also star Salman's Kick co-star Randeep Hooda. Salman Khan was last seen in Dabangg 3.The actor has also signed Kick 2, opposite Jacqueline Fernandez. The makers announced the project officially last year.