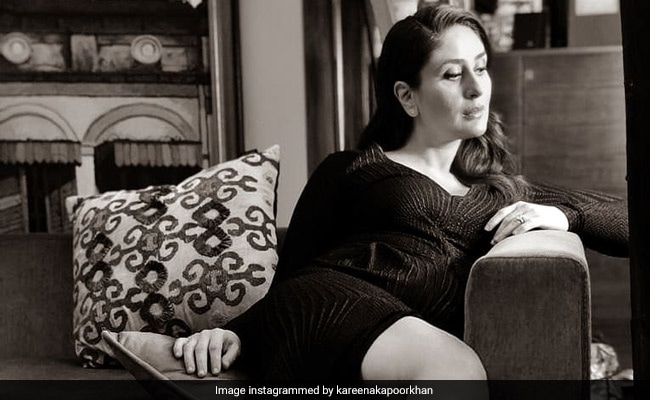 Mom-to-be Kareena Kapoor updated her Instagram feed with a stunning picture of herself on Thursday. Well, it' not a casual photo of the actress - it's special because she can be seen "waiting" in the click which immediately became a hit among her fans. While Kareena didn't actually write anything more than, "I'm waiting" in her caption, her fans think she is "waiting" for her second child. The actress she will welcome her baby with husband Saif Ali Khan reportedly in March this year. Reacting to Kareena Kapoor's post, her BFF Malaika Arora commented: "Am also waiting...." Kareena's fans also dropped several heart icons for the actress in the comments section.

Kareena Kapoor and Saif Ali Khan, who fell in love with each other during the shoot of their film Tashan and got married in 2012, are already parents to a son named Taimur.

Recently, on the New Year, Kareena Kapoor posted some adorable family pictures and wrote: "Ending the year snuggling and cuddling trying to force the boys into a perfect picture...2020 would not have been possible without the two loves of my life... marching ahead... to new beginnings. Stay safe my friends... Love and hope from us. We love you all...Happy new year."