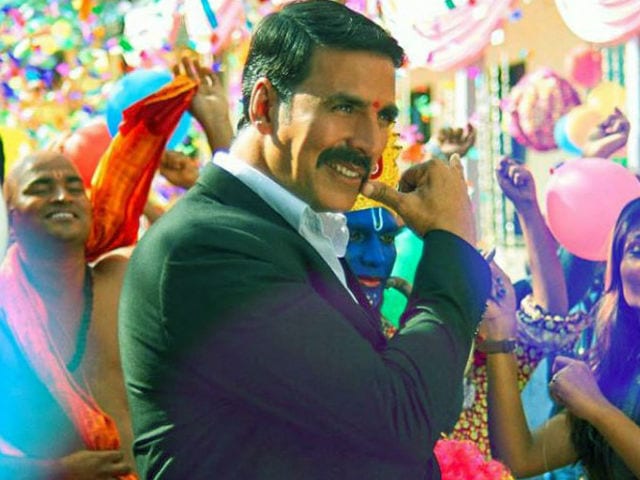 New Delhi: Akshay Kumar's new film Jolly LLB 2 is approaching the end of its second week in theatres. The black comedy, which stars the 49-year-old actor as the picaresque Jagdish or Jolly, passed the 100-crore milestone on Day 12. On its thirteenth day at the box office, Jolly LLB 2 made Rs 2.07 crore, reported trade analyst Taran Adarsh, taking the film's total earnings so far to Rs 102.44 crore. Jolly LLB 2, directed by Subhash Kapoor, is a sequel to 2013 film Jolly LLB, in which Arshad Warsi played the central role. Taran Adarsh reported this week's figures as: Rs 2.48 crore on Monday, Rs 2.45 crore on Tuesday and Rs 2.07 crore on Wednesday. He tweeted:

This is Akshay Kumar's fourth back-to-back hit after last year's films Rustom, Housefull 3 and Airlift. Speaking at a press conference on Wednesday, Akshay said that he has 'made enough' money and will now choose his films based on other considerations. "For me the love of my audience is more important than the business. I think I have earned enough money. It is also important to get the right script, character, director and studio. It was my first experience with them and I would want to do more films for them," Akshay said, reports news agency PTI.

Promoted
Listen to the latest songs, only on JioSaavn.com
Akshay Kumar's future projects include Padman, produced by his wife Twinkle Khanna and directed by R Balki. He has already wrapped Toilet: Ek Prem Katha, co-starring Bhumi Pednekar, which will release in June. He will also be seen in 2.0, playing the villain opposite Rajinikanth.