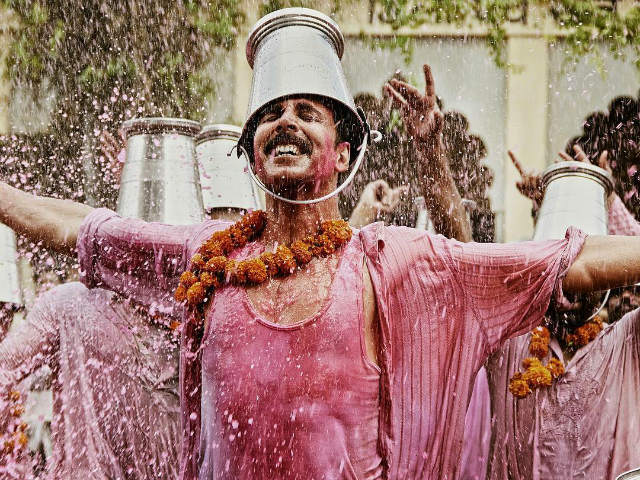 Jolly LLB 2 Box Office Collection: Akshay Kumar in a still from the film

New Delhi: Akshay Kumar's new film is having a jolly good, heck make that great, run at the box office. Trade analyst Taran Adarsh reports that Jolly LLB 2 had a 'terrific' Sunday and has made over Rs 50 crore in three days. Sunday's box office receipts added up to Rs 19.95 crore, a few crores up from Friday's earnings of Rs 13.20 crore and Rs 17.31 on Saturday. Jolly LLB 2, which stars Akshay Kumar as the title character, released on Friday. The 49-year-old actor replaces Arshad Warsi in the role of Jagdish or Jolly, a lawyer who tangles with a ruthless opponent. Here is Taran Adarsh's box office report:

Directed by Subhash Kapoor, Jolly LLB 2 is a satire of the Indian legal system. Four scenes, accused of lampooning lawyers, were edited out of the film on order of the Bombay High Court. The film is set in Lucknow though references to the city have been bleeped out by the court.

Actor Saurabh Shukla reprises his role from the original 2013 film and new additions to cast include Huma Qureshi, Annu Kapoor and Sayani Gupta.

Promoted
Listen to the latest songs, only on JioSaavn.com
Jolly LLB 2 has also been reviewed favourably. Writing for NDTV Movies, Saibal Chatterjee praises Akshay Kumar's restraint in his performance. "Akshay Kumar holds himself back for the most part, enhancing the impact of his performance in the bargain," he writes.

Jolly LLB 2 is the first of Akshay's three major releases this year and will be followed by Toilet: Ek Prem Katha and the big budget 2.0, in which Akshay plays the villain opposite Rajinikanth.