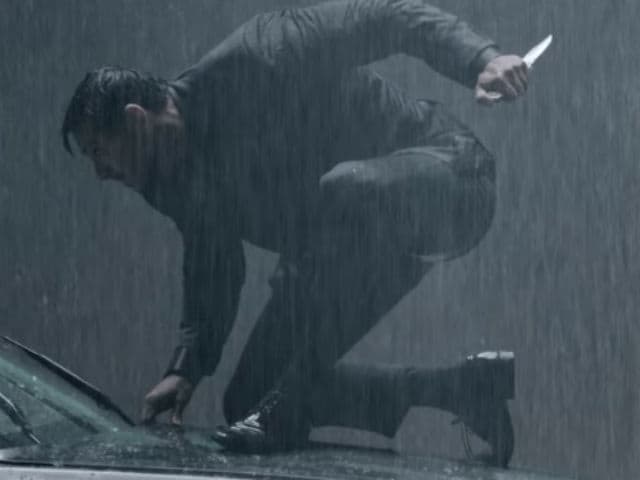 John Abraham in a still from Rocky Handsome.

When John was asked about his experience of filming Rocky Handsome with child artiste Diya Chalwad, he said, "She was very special. She was always on time on sets. She was just seven-years-old but was mature. She is a gymnast and after the shoot she used to show me gymnastics."

Rocky Handsome will clash with Hollywood's much-touted movie Batman v Superman: Dawn of Justice. But John is unfazed by the box office battle.

"You have to decide what you want to see? You want to see a superhero or a real hero? Apart from action, Rocky Handsome has emotion and soul too. Being a producer, I will not market a bad film," said John.

The film, which also stars Shruti Haasan, will release on March 25.