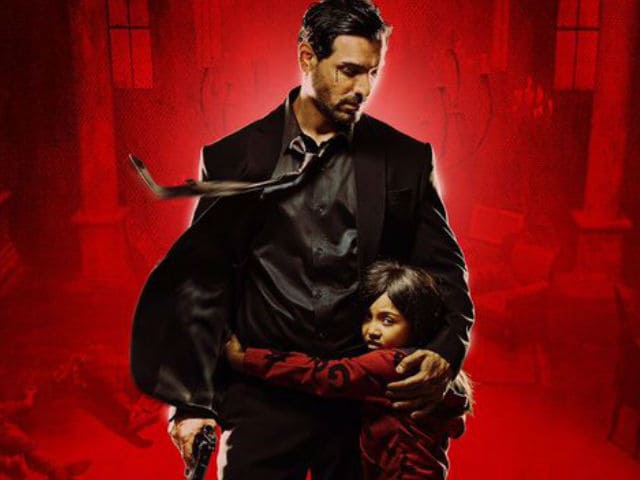 This image was posted on Twitter by John Abraham.

Mumbai: Actor-producer John Abraham, who is likely to take action in Bollywood to a new level with Rocky Handsome, said that he plans to remake the film in Tamil and Telugu.

The actor didn't wish to reveal the names of the southern stars who are interested in remaking Rocky Handsome, but said, "The only fear is how we cope with this action because this action is too high-intensity." (Also Read: John Abraham is the 'Protector' in This Rocky Handsome Poster)

Directed by Nishikant Kamat, the film features John and Shruti Hassan, who last co-starred in Welcome Back.

Action in Rocky Handsome looks extremely diverse, for which John said that he trained for martial arts form like Tai chi and Aikido in Thailand.

"I trained myself for Tai chi and Aikido. I trained in those art forms for a month for 14 hours a day in Thailand with a master. We trained hard. I wanted to learn the art forms. I am playing with knives, and it's very difficult," the 43-year-old said.

"When we look at Hollywood films, we always talk about the James Bond kind of films and we say, 'Why can't we do the same?' I guess Rocky Handome is the answer to Hollywood, where you can say, 'Here's the action and here's the action hero that could match up to all of you'," he added.