Jimmy Kimmel will return to host the Oscars. He will reunite with producers Michael De Luca and Jennifer Todd 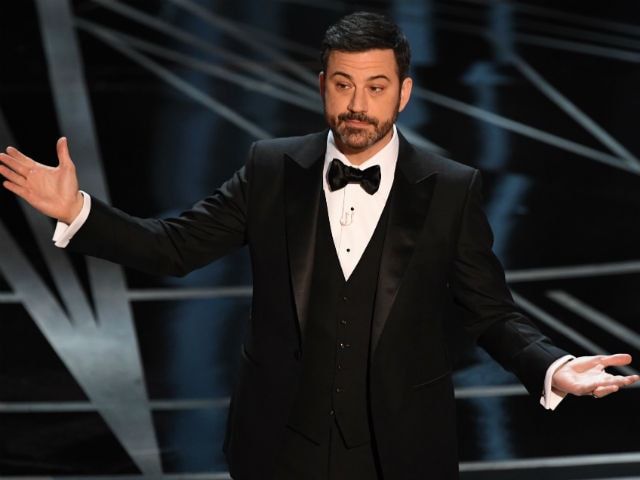 Los Angeles: Late night funnyman Jimmy Kimmel will return to host the Oscars, the Academy said Tuesday, as the glitzy annual show moves on from the biggest mix-up in its history. The 49-year-old comedian will be reunited with producers Michael De Luca and Jennifer Todd for the 90th Academy Awards, which will take place on March 4, 2018. This year's telecast ended in chaos after the wrong movie was announced as best picture, but neither Kimmel nor the producers were at fault for the fiasco. "If you think we screwed up the ending this year, wait until you see what we have planned for the 90th anniversary show," joked Kimmel, describing the February event in a statement as the "highlight of my career."

Accounting firm PricewaterhouseCoopers, which has handled Oscar balloting for 83 years, accepted responsibility for the now infamous ending to this year's Academy Awards, blaming two of its staff.

PwC accountants Brian Cullinan and Martha Ruiz were in charge of handing out the winning envelopes to presenters at the ceremony.

However, a mix-up resulted in Cullinan handing Warren Beatty and Faye Dunaway a duplicate of the best actress envelope -- instead of the one that showed Moonlight winning best picture.

The snafu marked the most embarrassing mistake in Oscars history, with the musical La La Land briefly declared the best picture winner before organizers realized the error.

Kimmel, host and executive producer of ABC's Emmy-winning Jimmy Kimmel Live!, was not implicated in the fiasco, instead receiving plaudits for bringing back the lighter touch of great hosts from the past. "Jimmy, Mike and Jennifer are truly an Oscar Dream Team," Academy president Cheryl Boone Isaacs said in a statement.

"Mike and Jennifer produced a beautiful show that was visually stunning. And Jimmy proved, from his opening monologue all the way through a finale we could never have imagined, that he is one our finest hosts in Oscar history."

The Academy decided to continue working with PwC for next year's Oscars although Cullinan and Ruiz will not return.

Promoted
Listen to the latest songs, only on JioSaavn.com
Boone Isaacs outlined a detailed set of new measures intended to avoid similar errors in the future, including bringing on board a third accountant who will know the winners in advance.