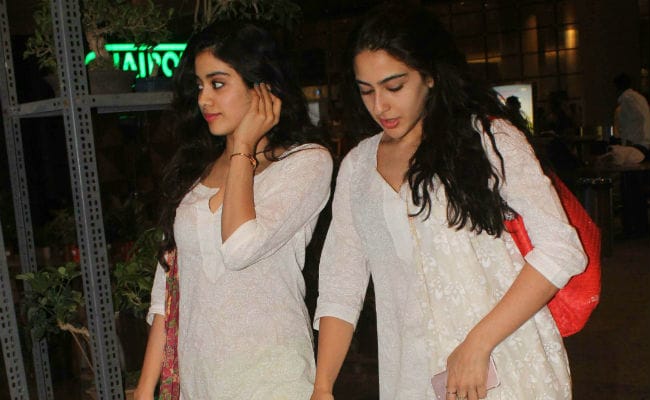 New Delhi: Sara Ali Khan has already started filing her debut project Kedarnath and the filmmakers have also announced the film's release date - December 21, 2018 but if reports are to be believed then her contemporary Jhanvi Kapoor's debut film, reportedly a remake of Marathi film Sairat will hit the screens before Kedarnath. A source told Deccan Chronicle the remake of critically acclaimed Sairat will be shot in two schedules and will be set for release in mid-2018. "There were reports that Sairat has been delayed but now the film is going on floors in December. It will most probably release by mid-2018. The Sairat remake will be wrapped up in just two schedules," the source said.

Earlier this week, trade analyst Ramesh Bala revealed that Jhanvi, daughter of Sridevi and Boney Kapoor, will start filming her debut film from December 1. The remake of Sairat, for which its lead actress Rinku Gupta won a National Award, will be produced by Karan Johar's Dharma Productions and it also stars Shahid Kapoor's brother Ishaan Khattar.

Promoted
Listen to the latest songs, only on JioSaavn.com
Sara and Jhanvi are best of friends and have been spotted going about the city together. Recently, they attended actress Deepika Padukone's party in the city and going by the inside pictures they were inseparable.

Best of luck, Sara and Jhanvi!