"I don't have anything to hide at this point," she said 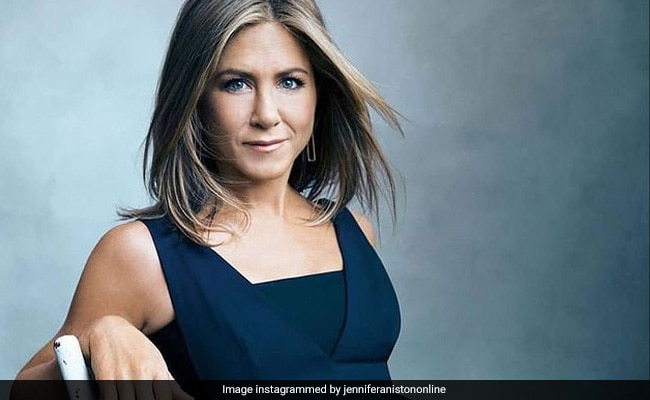 Jennifer Aniston, who features on the cover of Allure, in an interview for the publication, opened about IVF, pregnancy rumours over the years and more. "I was trying to get pregnant. It was a challenging road for me, the baby-making road," the actress told Allure. She also addressed the rumours that started surfacing after her divorce from Brad Pitt in 2005, including the "narrative that I was just selfish and just cared about my career," she said. The 53-year-old actress added, "I just cared about my career. And God forbid a woman is successful and doesn't have a child. And the reason my husband left me, why we broke up and ended our marriage, was because I wouldn't give him a kid. It was absolute lies. I don't have anything to hide at this point," she said without naming ex-husband Brad Pitt.

Meanwhile, Jennifer Aniston, who features on the last print issue of the magazine, shared a BTS video, in which she can be seen prepping for the shoot.

Jennifer Aniston became a star after starring in the iconic sitcom F.R.I.E.N.D.S as Rachel Green - a spoilt girl, who makes it big in the fashion industry after serving cups of coffee at the Central Perk as a waitress.

Jennifer Aniston also has a successful film career, having starred in romcoms such as We're The Millers, The Object of My Affection, Just Go With It, Along Came Polly, The Bounty Hunter and the Horrible Bosses series among many others. She reunited with her onscreen sister Reese Witherspoon for both seasons of The Morning Show. Reese starred as Rachel's spoilt sister Jill Green in F.R.I.E.N.D.S.