Jayeshbhai Jordaar: It's Ranveer Singh Vs A Very Problematic World

Jayeshbhai Jordaar: Ranveer Singh aces the role and how 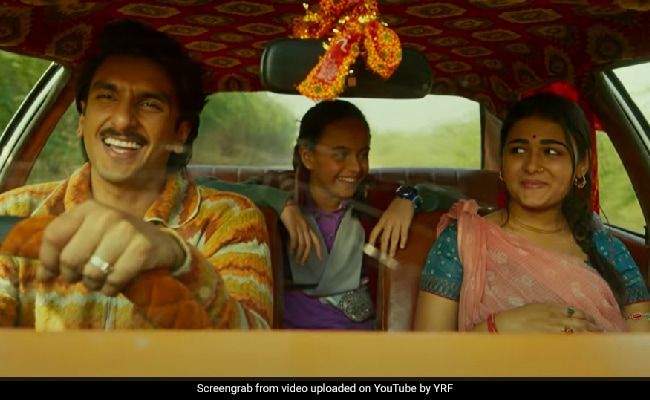 The trailer of Jayeshbhai Jordaar dropped on Tuesday and it a cauldron of emotions. A subtle but important message conveyed through humour is the best way to sum up the trailer. Ranveer Singh as the titular character is "jordaar" but his journey of self discovery and the road to siding with what is right is very long and a bumpy one at that. The trailer begins with a girlchild complaining to the sarpanch (Boman Irani) about the alcoholism problem and eve teasing near schools, requesting a ban on alcohol. However, his outrageous solution to the problem is that girls must stop using scented soaps in order to provoke men. Ranveer Singh decides to nod along with every verdict of his father and an aggressive mother (played by Ratna Pathak Shah). However, the course of Jayesh's actions changes over time (and for the better) when he learns that his wife (Shalini Panday) is expecting.

What follows is constant intervention by Jayesh's family to abort the girl child. However, Jayesh stands by his words of raising a daughter despite the threats posed by the problematic society. Nothing hits Jayesh harder that a line by his elder daughter - "Aap mere hero ho, par ab aapko action hero banna padega - Jayeshbhai Jordaar ( you are my hero but now it is time for you to be an action hero)."

Check out the trailer of Jayeshbhai Jordaar here:

Jayeshbhai Jordaar has been written and directed by Divyang Thakkar and it has been produced by Maneesh Sharma. The film will open in theatres on May 13.