James Bondji, Having Trouble Being Sanskari? Twitter Has Top Tips 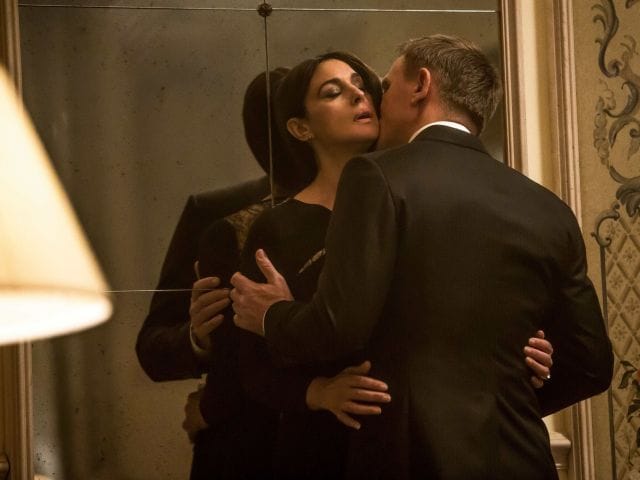 Daniel Craig and Monica Bellucci in a still from SPECTRE

New Delhi: When in India, do as the Indians. No kissing vissing please, no abusing shabusing either. And, James Bondji, kindly try to limit the martini drinking. (Also Read: Dear James Bond, Please Can You Kiss Less? Love, Indian Censor)

In short, be sanskaari. None of your 007 shenanigans here, thank you very much. (Also Read: Pierce Brosnan's Review of SPECTRE: It's Neither Bond nor Bourne)

The Censor Board has taken a hatchet to SPECTRE, which opens in India this Friday and the hapless Daniel Craig, who plays James Bond, has allegedly had his kissing scenes slashed by 50% and a couple of swearwords deleted. This means that James Bond will kiss only half as much in India as he does elsewhere. Because, as DNA reports, "the length of the kisses were found to be unnecessarily excessive."

However, Mr Craig/Bond need not be shaken or stirred. Twitter has some great tips on how to be a #SanskariJamesBond, the top trend on the microblogging site at the time of writing this.

Here are some of the best, with a cameo by Babuji:

#SanskariJamesBond doesn't wear a swim suit when he goes swimming on the beach. Wears a full sleeved shirt & a dress pant instead.

#SanskariJamesBond scolds the vamp for wearing short dress and gives her a dupatta to hide her cleavage, before beating up the villain

#SanskariJamesBond 's next assignment is to find the person who steals devotees chappals in day and Mandir's ghant at night..

So James Bondji, put down that martini glass and step away from it, all the while keeping your eyes respectfully averted from Monica Bellucci's cleavage. The Censor Board and Twitter will be watching on Friday.