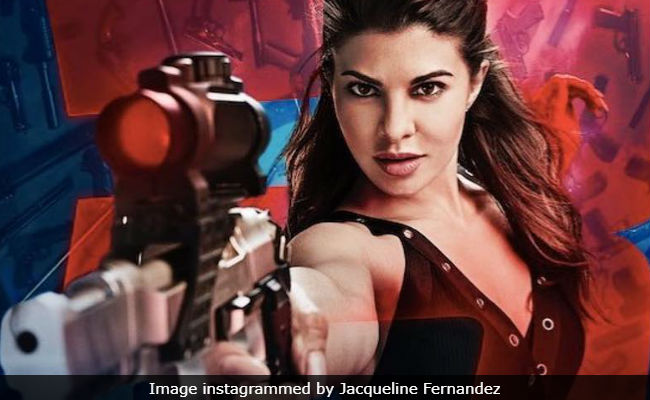 New Delhi: Jacqueline Fernandez eye injury, which she sustained while filming Race 3 in Abu Dhabi, is permanent. Jacqueline shared a picture from her report with her 18.8 million followers on Instagram and said: "So it's a permanent injury and my iris will never be a perfect round again but so, so grateful I can see." Jacqueline's Instafam shared compassionate messages and upped her morale with comments like: "Still beautiful as ever." In march it was reported that Jacqueline injured herself while playing squash and was immediately rushed to a hospital. "Yes, it was a minor injury. Jacqueline is hurt above the eye while playing squash," producer Ramesh Taurani told news agency IANS.

So it's a permanent injury and my iris will never be a perfect round again but so so grateful I can see!! #race3 memories #abudhabi

Jacqueline has put her heart and soul in the preparation of Race 3, per Salman Khan, who headlines the film's cast. "The kicks they have given are lethal. They have really, really trained for it. Both of them - stretching and kicking and all that stuff - they have done that," Salman told news agency PTI during a recent media interaction.

Race 3, which is directed by Remo D'Souza, is Jacqueline's second film with Salman after Kick and with Remo after A Flying Jatt. Race 3 is a reboot of the Race series which was headlined by Saif Ali Khan. Jacqueline and Anil Kapoor have been retained from the previous films, however, they have new onscreen characters.