If you though Aayush Sharma and Warina Hussain's Chogada is awesome, wait till you watch Jacqueline Fernandez's version 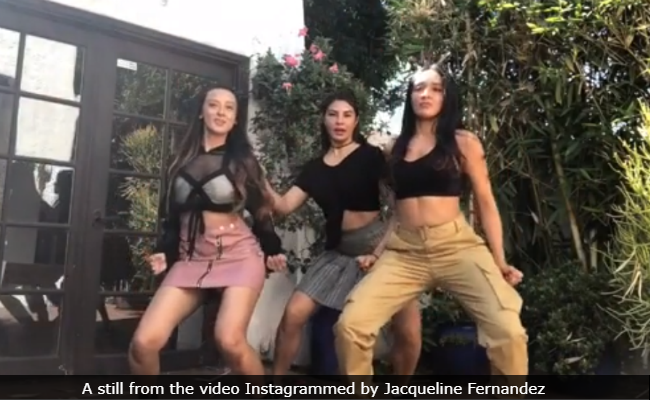 Did you know that actress Jacqueline Fernandez is currently obsessing over the song Chogada from Aayush Sharma and Warina Hussain's film Loveyatri? Well, at least that's what the caption on her latest Instagram video says. On Tuesday, Jacqueline shared videos on her Instagram profile, in which she can be seen dancing to the song along with her girls. Jacqueline captioned the post: "Haha! So our current obsession is Chogada. Here's some Chogada with love literally the first and last takes with my girlies. Which one did you like and how do you express your love? Mine has always been through dance!" Needless to say, Jacqueline's video garnered lots of love from her Instafam and over 1 lakh likes. Jacqueline added, "All the best for Loveyatri. Love takes over."

Haha!! So our current obsession is #chogada here's some #chogadawithlove literally the first and last takes with my girlies @poonamandpriyanka which one did you like and how do you express your love?? Mine has always been through dance!! @aaysharma @warinahussain @skfilmsofficial all the best for #loveyatri #lovetakesover

Jacqueline's love for dance is quite evident on her Instagram profile. Anyone, who has been following the actress on social media would know that she is often seen documenting her love for dance. Remember her "Aja Nachle" picture? The one in which she could be seen posing in front of the camera.

Jacqueline Fernandez was also a part of Salman Khan's Dabangg Reloaded tour, as a part of which, she performed at various destinations across the globe. The tour also included Katrina Kaif, Sonakshi Sinha, Daisy Shah, Prabhu Deva and Manish Paul.

Check out the pictures from the tour here:

Apart from that, Jacqueline is best known for performances on songs such as Beat Pe Booty, Jumme Ki Raat, Disco Disco and Chitiyan Kaliyan among others. Jacqueline also made a special appearance in the revamped version of Ek Do Teen for Baaghi 2.

On the work front, Jacqueline Fernandez was last seen in the action-thriller Race 3, opposite Salman Khan. She will next be seen in Drive, co-starring Sidharth Malhotra.