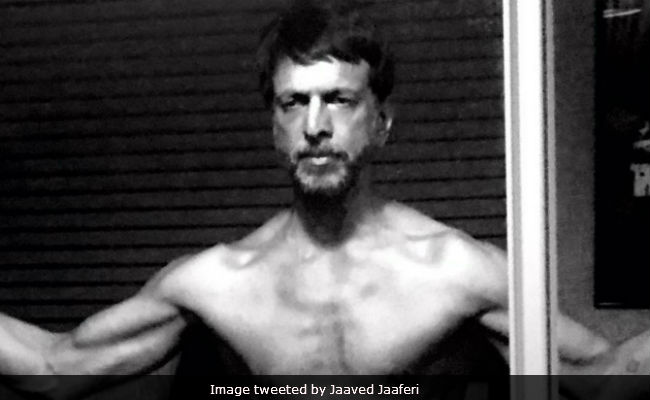 New Delhi: Jaaved Jaaferi, man of talents, is celebrating his 54rth birthday today. Recently, Jaaved headlined the cast of the stage version of Mira Nair's Monsoon Wedding in the US. Awake at 3 am in Los Angeles, Mr Jaaferi was 'bored' and also in a questioning mood. "Wondering what four months of intense performances and strict diet do," he tweeted. The answer, in the picture of himself that he posted - ripped abs is what they do, but perhaps only if you are Jaaved Jaaferi. The actor-singer-dancer-what have you is 54, and let's just say that Naseeruddin Shah - whose role Mr Jaaferi has taken on stage - didn't look like this in the film.

Bored at 3am in LA in my bedroom wondering what 4 months of intense performances & a strict diet do #MonsoonWeddingpic.twitter.com/JmHYgiyicx

Twitter is utterly awed. Politician Omar Abdullah wants his fitness secrets but doubts his own ability to adopt them. 'Going to the gym,' announced actor Ajaz Khan. Lots of others were mighty impressed as well. Mr Jaaferi, appreciative of the praise, has been tweeting his thanks.

Very inspiring.I'm tempted to ask you for your diet & workout plans Jaaved bhai but I'm afraid I haven't your discipline to see them through https://t.co/Bt1HxtRubk

You look awesome!!! All the best @jaavedjaaferi

Jaaved Jaaeferi, son of comedian Jagdeep, wears several hats but is best known for his work in films such as Salaam Namaste, in which he played the hilarious Crocodile Dundee-caricature Jaggu, and 3 Idiots, in which he was the real Ranchordas who sent Aamir Khan's character to engineering school in his place. His last film outing was 2015's Malayalam language Picket 43. Jaaved Jaaferi is also known as co-host of talent show Boogie Woogie and fought (and lost) the 2014 Lok Sabha elections on an Aam Aadmi Party ticket.