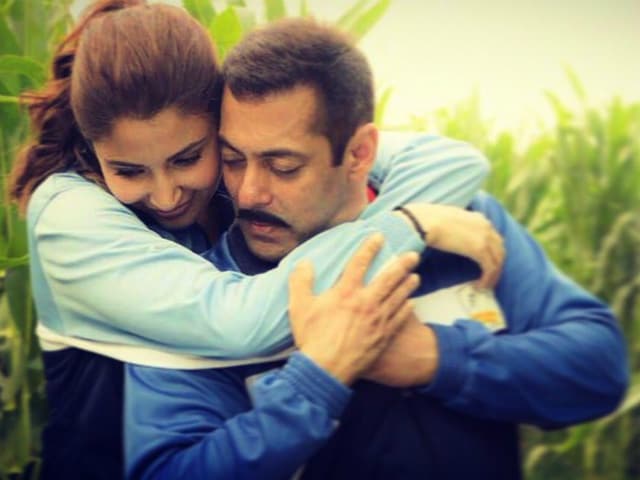 Salman and Anushka in a still from Sultan.

New Delhi: Weeks after actor Salman Khan compared himself to a 'raped woman' while describing his experience of filming Sultan, his co-star Anushka Sharma said that she had been 'surprised' by the 'rather insensitive' comment.

In an interview with author and film critic Anupama Chopra, Anushka said: "First my reaction was just to find out if it's really true that he said that. And quite honestly, after that, a lot has been spoken about it. We obviously all understand that it was rather insensitive. But now when I look at it today, when everything has happened and lot of debates have happened, it was something I was surprised by that it was said the way it was said."

Anushka noted that fame brought with it a responsibility to choose words with care: "I think what it made me realise or made me think of is that all of us, each and everybody, not only celebrities, everyone has a responsibility towards what they speak in any place and not just publically. Whatever you say, you have to be aware of that. I think celebrities more so; you have to be more aware of what you are saying."

It all began when Salman Khan told the press that, "When I used to walk out of the ring, after the shoot, I used to feel like a raped woman. I couldn't walk straight." Amid widespread outrage, criticism from people like Aamir Khan and Kangana Ranaut, and summons from women's bodies, opinion was divided about whether too much was being made of the remark.

"I'm sure there would have been some people who would have thought that 'Yaar humne bhi kabhi kabhi aisi cheeze boli hain.' Because this is something that you hear people say. You hear people say 'Oh man, I just did this and I had such a tough day. I feel raped.' People must realise that this is something that can be taken lightly or it is a word that can be taken so loosely," said Anushka.

When asked if the thought of asking Salman to apologise has crossed her mind, Anushka said, "I don't know him well enough to do it, quite honestly. He's an adult man, he knows what he needs to do."

Watch the interview:
Sultan, in which both Anushka Sharma, 28, and Salman Khan, 50, play wrestlers, has so far made over Rs 200 crore.

Salman Khan has not yet apologized for his comment. He has failed to show up for repeated summons from the National Women's Commission and its Maharashtra counterpart.