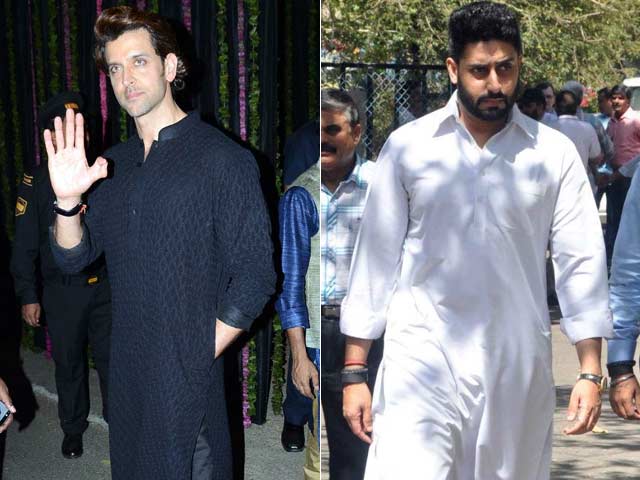 New Delhi: As Istanbul struggles to cope with a deadly terror attack on its airport that killed 36 and injured over 140 people, celebrities from India and abroad have tweeted prayers and solidarity.

Actor Hrithik Roshan was at the Istanbul terminal hours before three suicide bombers opened fire and then blew themselves up. The 42-year-old star and his two young sons had missed their connection home from their holiday in Africa, and took an economy flight out. Back in Mumbai, Hrithik tweeted:

Stay strong Istanbul. Thoughts and prayers with you.

Feel so sad about the Istanbul airport attacks...wonderful city wonderful people may God give them strength...what's the world coming to ???

#IstanbulAttack is again an act of cowardice by terrorists. My heart goes out to d innocent victims & their families. I pray for d injured.

I was there less than a year ago... An airport I transit so often...A people that give me nothing but love. Hold on to that love #Istanbul.

Terrorism has no religion, no nationality and no colour #PrayForTurkeypic.twitter.com/Zx21MMazUf

Killing people is not part of any religion .. with a heavy heart I pray for Istanbul .. #sehri#prayers#sad

#Istanbul attack is again a recurring reminder that we need to do a lot to change this world. Reconciliation from local to global level.

My prayers and condolences to all those lost their loved ones in the #Istanbul attack. Senseless and heartbreaking

Deeply saddened by news of yet another terror attack in #Istanbul.

Terribly disturbed by the reports of yet another bomb and loss of life in an airport in #Turkey. We were not birthed to take lives #Humanity

They target innocent lives & families yet again..Angry & saddened to hear about the terror attacks in #istanbul#Attaturk ..All my prayers

Deeply saddened by news of yet another terror attack in #Istanbul#shameful#cowardly..my prayers go out to the ones effected

How much blood is too much blood? When does this carnage stop? Another #blackday for #humanity...#Prayers for #istanbul & their lost lives..

As news of the attack broke late Tuesday, celebrities on the other side of the globe tweeted:

Sending heartfelt condolences and many prayers for those affected in Turkey.

WE ALL PRAY FOR INNOCENT PPL IN TURKEY AIRPORT

My heart goes to Istanbul.

My heart is with you #Istanbulpic.twitter.com/alBd9rXHTQ

Very sad to hear about the explosions and gunfire at Istanbul airport. I remember someone saying they were heading to Turkey! #kosenrufu

Turkish Prime Minister Binali Yildrim has said that the terrorists appeared to have belonged to ISIS.

The Istanbul airport has begun operating flights, with Turkish Air flying to Delhi and Mumbai as scheduled.