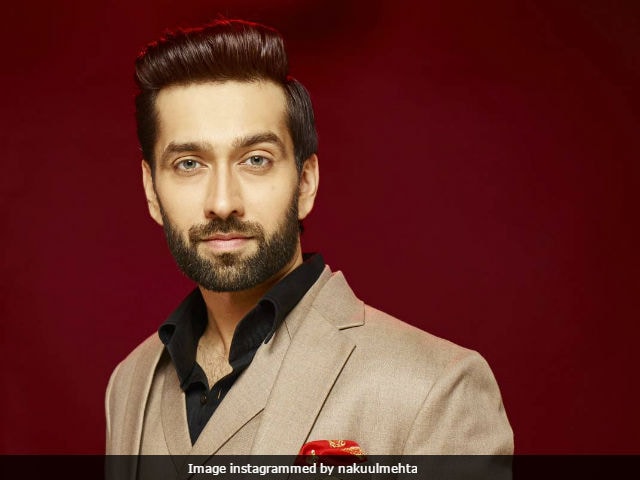 Nakuul is currently playing the role of Shivaay in Ishqbaaaz (Image courtesy: nakuulmehta )

New Delhi: Nakuul Mehta, who currently portraying the role of Shivaay Singh Oberoi in the popular television series Ishqbaaaz, announced his new web series titled Gangster Newton on Instagram. The 34-year-old actor posted a video on Instagram along with friend Alekh Sangal. Nakuul Mehta won the best actor award for his web series I Don't Watch TV at the recently held Talent Track Awards. The web series was launched on YouTube last year, directed by Ajay Singh. The actor shared his happiness on Instagram by posting a picture, captioned: "Very special feeling to win the inaugural #Talentrackawards (Digital Content) for our Debut Web production #iDontWatchTV in the categories of Best Director: @ajax.singh & Best Actor: moi, last evening at Sahara Star(sic)." The trailer of Nakuul Mehta's upcoming show Gangster Newton will be released this week. The series will be a science meets underworld show.

Very special feeling to win the inaugural #Talentrackawards (Digital Content) for our Debut Web production #iDontWatchTV in the categories of Best Director: @ajax.singh & Best Actor: moi, last evening at Sahara Star. This has been an absolute collaborative effort of some wonderful talent, all of whom came together at the behest/gun point/cold call of the buoys at Timbuktu. Thank you for giving wings to our dream! And to the cool guys @ArreTweets who backed this crazy ride.

Nakuul Mehta said: "My first series got a lot of positive feedback. It was amongst the top five shows on the list of various publications and websites. That's when I decided to produce another one," reports dnaindia .

"Gangster Newton is a quirky show, absolutely different from what you see on the web space. It's about a genius who survives and thrives in the underworld purely by the only skill he has - Science," added Nakuul.

Promoted
Listen to the latest songs, only on JioSaavn.com
dnaindia reported that he has roped in Titli star Shashank Arora to play the lead role in his web series Gangster Newton. Nakuul said: "I may do a cameo, that's all."