Is That Luke Skywalker's Lightsaber in New Star Wars Teaser? 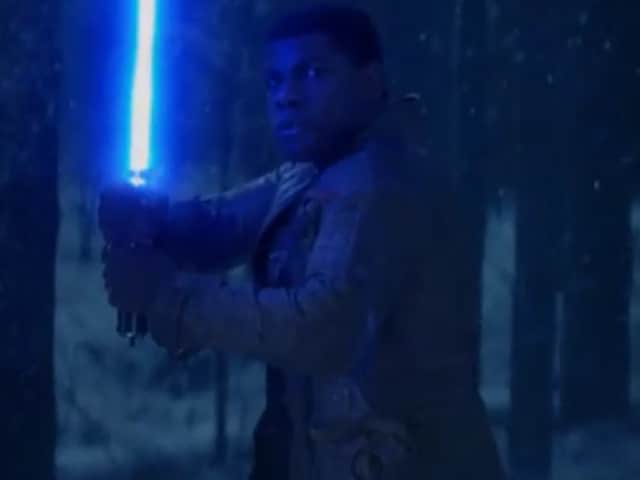 A still from The Force Awakens teaser. (Image courtesy: @starwars)

New Delhi: Social media strikes back. The galaxy far, far away is catching up with the future, it seems. A new teaser for the seventh Star Wars film, subtitled The Force Awakens, was released on Instagram late Thursday and fans are thrilled because it provides proper lightsaber action, so far mostly missing from publicity material.

The brief clip features actor John Boyega as Finn wielding what appears to be Luke Skywalker's lightsaber, or rather, Anakin Skywalker's blue lightsaber which passed to Luke and was lost in the face-off with Anakin-now-Darth Vader in The Empire Strikes Back. Here, the blue lightsaber meets a red saber wielded by antagonist Kylo Ren, played by actor Adam Driver. (Also Read: Star Wars: The Force Awakens Could Make Almost $2 Billion, or Even More)

There has been an awakening... #StarWars #TheForceAwakens

The Instagram account (how times have changed since Luke, Leia and Han Solo went up against the Death Star) also posted this picture from 'simpler times' to mark #ThrowbackThursday:

#ThrowbackThursday to simpler times, (right) before Luke knew that he was actually tasked with killing his father. #StarWars #tbt #BehindTheScenes

Directed by JJ Abrams, the seventh in a hugely successful series of films will release on December 18.