Is Rotten Tomatoes The Biggest, Baddest Villain Of Hollywood?

The new Hollywood powerbrokers are a far simpler sort - you've probably never heard of most of them. They're little more than data points, truth be told 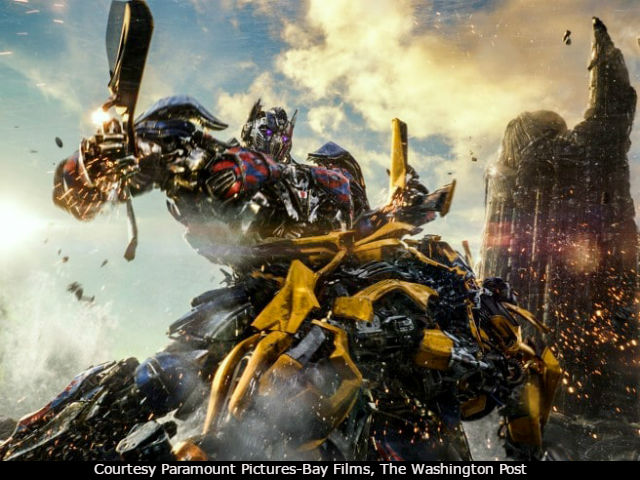 I was surprised to learn last week that the most powerful people in Hollywood were not named Weinstein, do not have the power to greenlight films, and don't have Brad Pitt on speed dial. They're not rich and famous; they don't throw bashes at Cannes or host cocktail parties during Oscar season.

No, the new Hollywood powerbrokers are a far simpler sort - you've probably never heard of most of them. They're little more than data points, truth be told.

That's right: the critics who make up Rotten Tomatoes are the biggest, baddest villains Hollywood has cooked up since Darth Vader (and I'm one of them). And just like Alderaan before it, La La Land may soon be so much space dust.

At least, that's what the executives who talked to the New York Times' Brooks Barnes would have you believe. Sure, some of the movies were bad, a few execs were willing to admit. "But most studio fingers point toward Rotten Tomatoes, which boils down hundreds of reviews to give films 'fresh' or 'rotten' scores on its Tomatometer," Barnes reported.

Brett Ratner said at a festival last year that the review-aggregating site would be "the destruction of our business," and the biz's brightest lights seem to agree with the director of Rush Hour 3 and producer of Santa's Slay.

"Mr. Ratner's sentiment was echoed almost daily in studio dining rooms all summer, although not for attribution, for fear of giving Rotten Tomatoes more credibility," Barnes wrote. "Over lunch last month, the chief executive of a major movie company looked me in the eye and declared flatly that his mission was to destroy the review-aggregation site."

Moviemakers registering complaints about the power of the critical corps is nothing new, of course. In Complete History of American Film Criticism, Jerry Roberts highlighted the growing power of Rogert Ebert and Gene Siskel in the 1980s and the angst that caused with filmmakers. "Hand in hand with success was a power unprecedented in film criticism," Roberts wrote. "'Siskel and Ebert go, "Horrible picture," and I'm telling you, (they) can definitely kill a movie," Eddie Murphy said in 1987.

Conversely, the duo is credited with "saving" small films that were lagging at the box office. Tom Sherak, a top executive at Twentieth Century-Fox, once called a thumbs-up from Siskel and Ebert "the Good Housekeeping Seal of Approval for movies."

The Tomatometer is something like a hyperpowered version of Ebert and Siskel's patented thumbs up/thumbs down rating system. The site arguably has an even greater reach than the duo from Chicago: Barnes notes that Rotten Tomatoes drew 13.6 million unique visitors in May, while Roberts wrote that Siskel and Ebert drew "between eight and eleven million viewers a week" at their peak. Certainly this fully operational film criticism station has the power to destroy the hopes and dreams of wide-eyed dreamers working at studios who just want to provide audiences with a modicum of entertainment in the form of fivequels to Transformers and Pirates of the Caribbean, right?

In a study published on Medium, Yves Bergquist, the Director of the Data & Analytics Project at USC's Entertainment Technology Center, rather thoroughly demolished the idea that negative scores from Rotten Tomatoes are having a deleterious effect on box office totals. Bergquist found virtually no correlation between overall grosses and RT scores and an even lower correlation between RT scores and opening weekend figures - arguably the time when critical opinion should have the greatest impact on box office totals, since potential audiences have little in the way of word of mouth from friends and coworkers to go on.

Indeed, contra complaints from executives, the median Rotten Tomatoes score is actually climbing, even spiking in recent years: "Overall, Rotten Tomatoes scores for all movies grossing more than $2 million worldwide have been pretty stable since 2000: the median score was 51 during the 2000s and 53 during the 2010s so far. It's actually gone up quite significantly from 2015 (46.5) until 2017 (71)."

Bergquist notes that audience and critic scores are beginning to align, writing, "There's virtually no difference between critics' scores and audiences' scores, and the more successful the film is at the box office, the smaller the difference." He suggests this is because audiences are getting smarter about what they go see; it probably has more to do with RT expanding its ranks and bringing on a less-discerning quality of critic, one closer in tune with the taste of the masses. Whatever the reason for the spike in fresh scores, however, there's no reason to believe that Rotten Tomatoes is dragging down box office because critics have amassed greater cultural clout.

The real reason for Hollywood's woes seems much simpler: Audiences are bored. Bergquist gets at this when he notes that CGI-heavy efforts are seeing diminishing returns at the box office. But it's not just the influx of spectacle: It's the reduction of ideas. This summer has been an endless river of sequels to franchises that should be dead (the aforementioned Transformers and Pirates movies; another Fast and Furious flick; another Alien movie) and the attempted birthing of franchises that have no reason to exist (The Mummy; Baywatch; Kong: Skull Island). Audiences don't mind spectacle or franchises, so long as they are accompanied by solid storytelling, as the RT scores and box office figures for the Marvel Cinematic Universe have shown.

It's easy to blame Rotten Tomatoes. It's much harder to make a movie people want to see. No surprise, then, which tack the suits have taken.

Promoted
Listen to the latest songs, only on JioSaavn.com
(c) The Washington Post