Is Deepika Padukone 'Intimidating?' We Asked Ranbir Kapoor, he Answered 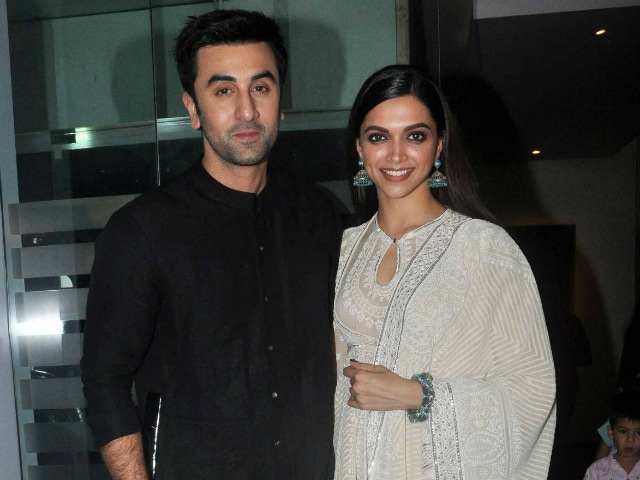 Ranbir Kapoor and Deepika Padukone outside a restaurant in Mumbai.

New Delhi: There was quite a pre-Diwali Tamasha in New Delhi two days ago. "I just want people to trust and show Tamasha some love," said Ranbir Kapoor when asked about his Diwali wish. "It's an Imtiaz Ali film, we have put in effort. So I just request the audience to trust us," he added.

We also asked him what it is about co-star Deepika Padukone that intimidates him and Ranbir said, "I didn't realise till I observed her in Yeh Jawaani Hai Deewani. She stunned me with her performance and her approach to her craft."

Deepika was touched by the compliment but when we put the same question to her about Ranbir, he exclaimed: "I am not intimidating," before the 29-year-old actress could respond. Deepika agreed, insisting that she wasn't intimidating either. The one thing about Ranbir which she cannot not fathom, however, is that "One never knows what he is thinking," and that kind of unnerves her.

So what is the one rumour about them that they wish was true?

Ranbir said, "I was doing a Spielberg film and Deepika was my co-star."

The two actors, who are actively promoting Tamasha, will also head to a village called Tamasha in Madhya Pradesh.

Tamasha, directed by Imtiaz Ali who made Rockstar with Ranbir and Love Aaj Kal with Deepika, opens on November 27.