"May her soul rest in peace," wrote Komal Nahta 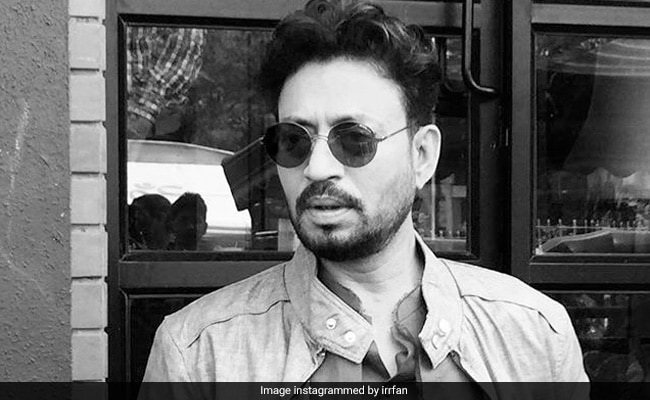 Irrfan Khan's mother Saeeda Begum died in Jaipur. The Life Of Pi actor's mother was aged at 95 and succumbed to age-related illnesses on Saturday. Confirming the news on Twitter, Bollywood trade analyst Komal Nahta wrote, "Saeeda Begum, mother of actor Irrfan Khan, passed away today (April 25) in Jaipur at the age of 95. May her soul rest in peace." Within minutes of posting, condolences poured in on Komal Nahta's post. According to a report in The New Indian Express, Irrfan Khan is currently in Mumbai due to the coronavirus lockdown and was unable to attend the final rites of his mother. The actor paid his last respects to his mother Saeeda Begum through video conference.

Saeeda Begum, mother of actor Irrfan Khan, passed away today (25th April) in Jaipur at the age of 95. May her soul rest in peace.

Several media publications reported that the final rites of Saeeda Begum were performed at Chungi Naka graveyard in Jaipur. Due to the coronavirus lockdown restrictions, only a few family members were allowed to attend.

Speaking to The New Indian Express, Irrfan Khan's brother Salman Khan said, "My mother had been ill for some time. But suddenly her health deteriorated on Saturday morning. Recently, mother had inquired about Irrfan bhai's health."

Irrfan Khan was diagnosed with cancer in May, 2018. A few days later, he left for London for his treatment. He returned to India in February, 2019 and filmed Angrezi Medium during his brief visit. Angrezi Medium released in the theatres before the coronavirus lockdown. The film is slated to re-release in the theatres post the lockdown. Directed by Homi Adajania, Angrezi Medium also stars Kareena Kapoor and Radhika Madan in pivotal roles.