Irrfan Khan Spotted At Mumbai Airport. He Wasn't Avoiding The Paps This Time

Last month, paps went crazy having spotted Irrfan Khan at the Mumbai airport but he clearly wanted to be left alone and did not let his mask down. 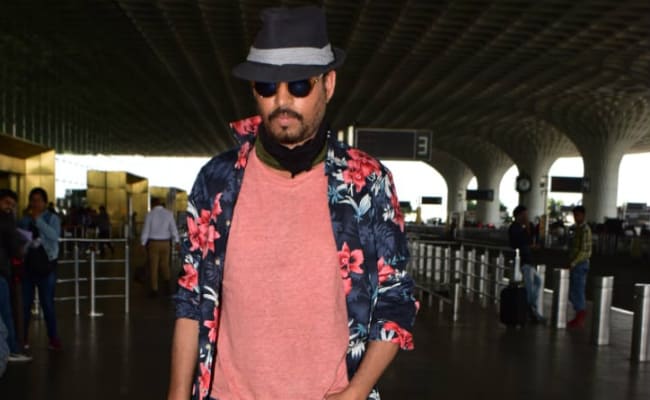 So good to see you, Irrfan Khan! The 52-year-old actor, who is battling cancer, was spotted at the Mumbai airport on Tuesday afternoon. Irrfan Khan exited his car and quickly made his way to the airport gates - looks like he flew out of the Maximum City on Tuesday. Unlike in the recent past, Irrfan Khan did not appear to avoid the paparazzi this time. Rather, he took off the pollution mask while navigating the airport. Irrfan was spotted dressed in his signature hat and sunglasses look - he also wore a scarf around his neck to go with his Hawaiian shirt and casual look. 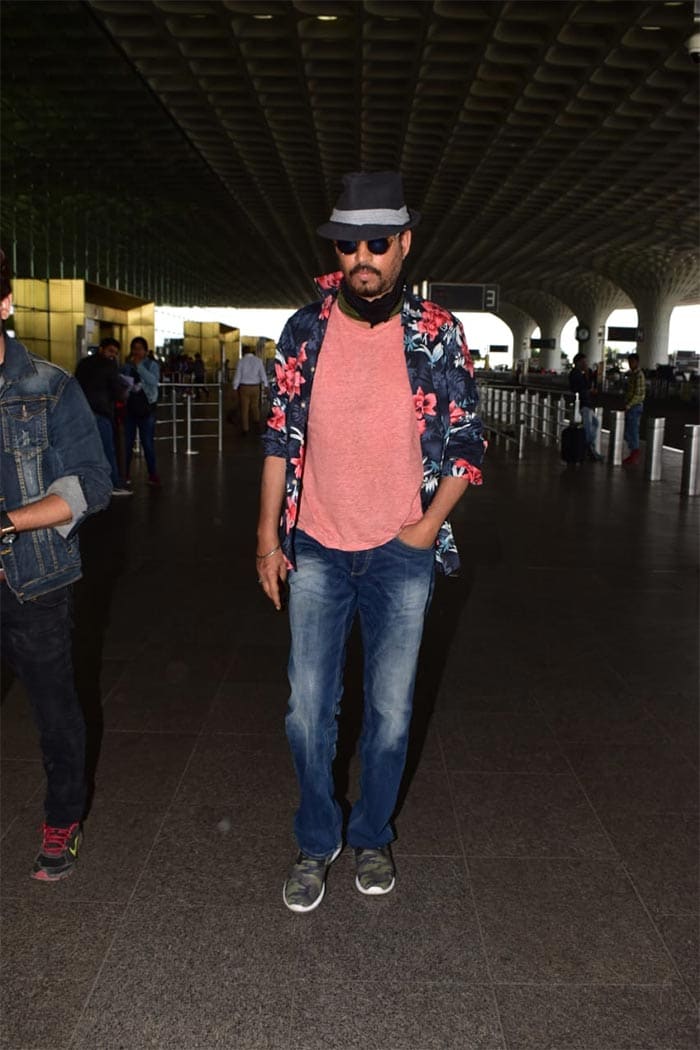 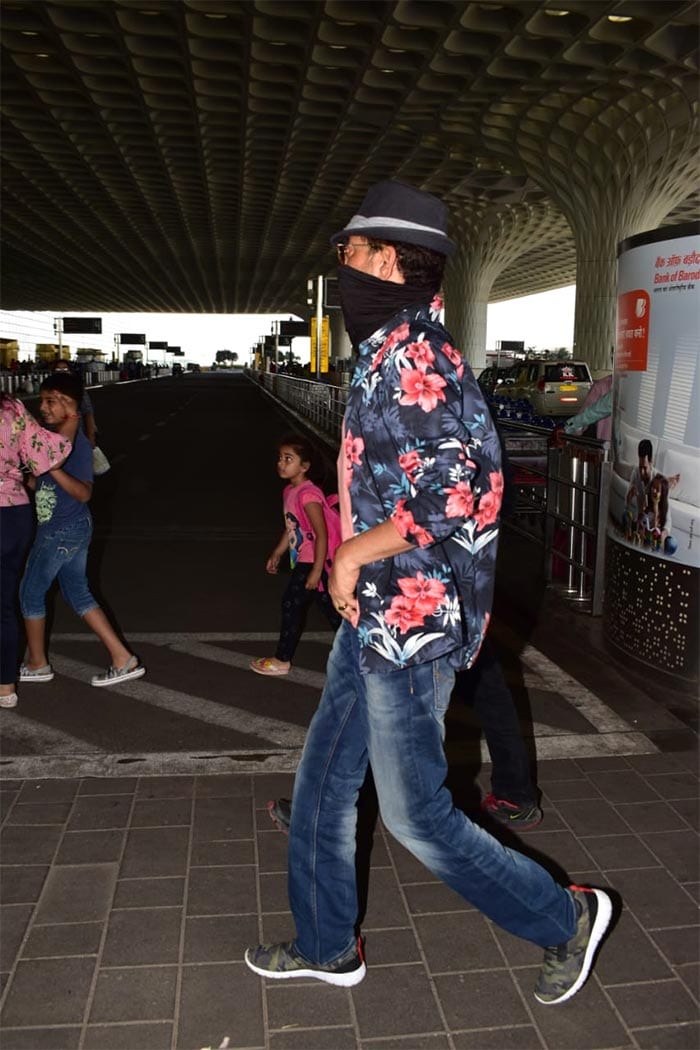 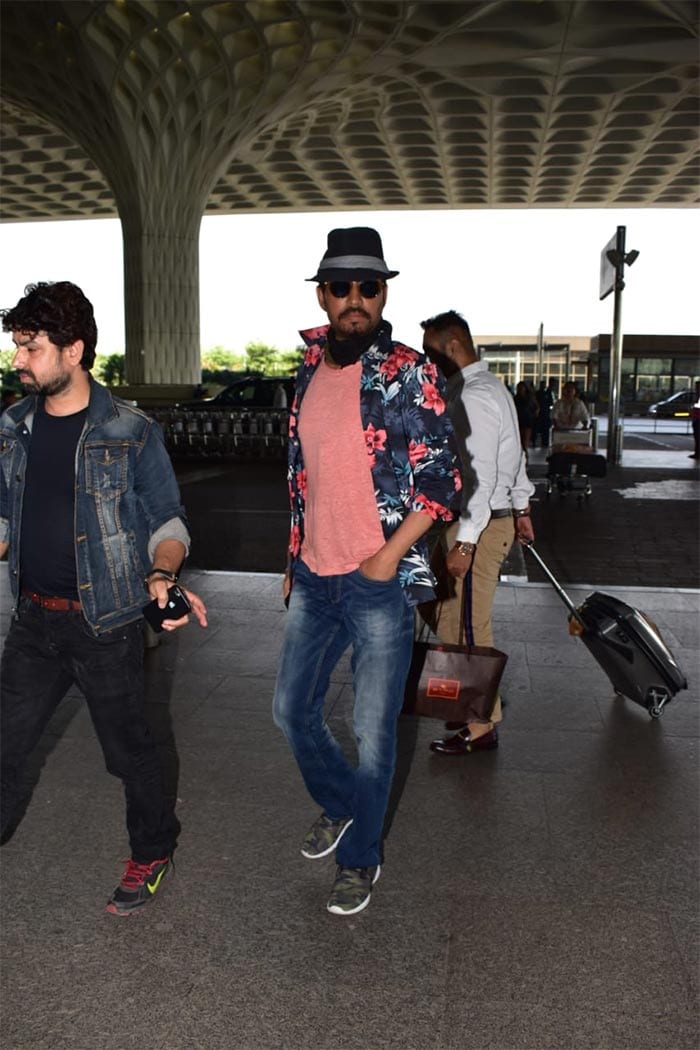 Good to have you back, Irrfan Khan! 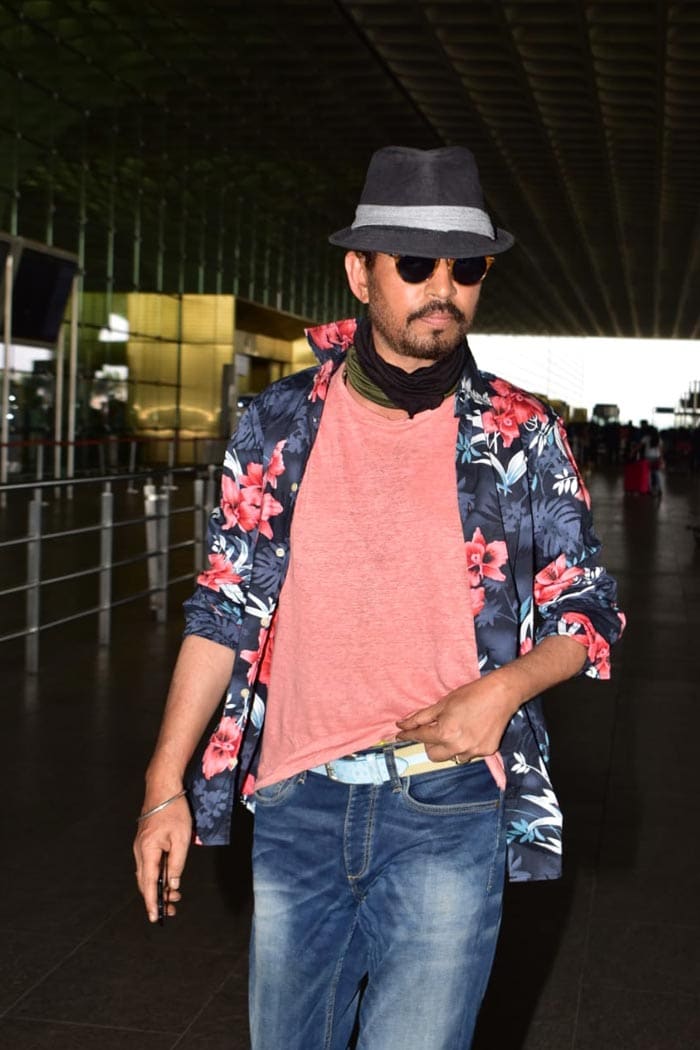 Last month, paps went crazy having spotted Irrfan Khan at the Mumbai airport but he clearly wanted to be left alone and did not let his mask down.

Last year, fans were shocked when Irrfan Khan revealed he's been diagnosed with a rare form of cancer and that he will be in London for treatment for an indefinite period. However, Irrfan Khan kept his fans updated with posts on social media, no matter how infrequent they were. After undergoing treatment for neuroendocrine tumour in London for almost a year, he returned to India in February this year. A source close to the actor confirmed Irrfan Khan's homecoming and told news agency IANS: "Irrfan is back in Mumbai. But people are publishing all sorts of stories without any confirmation. They are not true."

The source also addressed speculation about Irrfan Khan resuming work commitments and said Hindi Medium 2 is definitely happening "but not sure when the shooting will start."