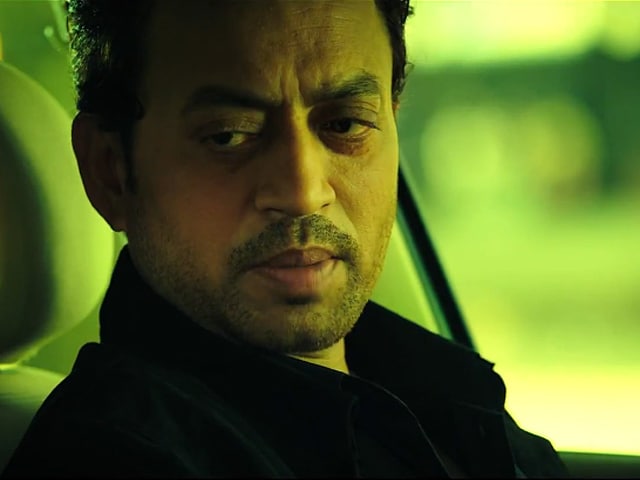 Irrfan Khan in a still from Jazbaa.

The 48-year-old actor said it is always his endeavour to do unconventional things. "I never thought of becoming an actor. I am here to redefine things. I hate conventional. It is not a thought-out process, it comes from within. It is God's given curse or blessing," he said.

The actor, who has recently delivered a commercial success in Piku and will be next seen in Jazbaa alongside Aishwarya Rai Bachchan, said that there is an instinct that pushes him to do different roles. (Also Read: Jazbaa Trailer Stars Aishwarya as a Lawyer and Desperate Mother)

"I just go by instincts if the story is good, director and producer is good. But the first thing is you should like is the script," the The Lunchbox actor said.

Of his role in Jazbaa, he said, "I did not think of my role as a cop. I was thinking of the punch lines. My attraction for this film was punch lines which you will remember. I loved the character and the one-liners." (Also Read: Aishwarya Rai Bachchan Was the Reason Irrfan Khan Signed Jazbaa)

In the film's trailer, one can see the mention of megastar Amitabh Bachchan, to which Irrfan joked that he even sent an application to Mr Bachchan to adopt him but it has not been approved yet.

Irrfan has come a long way from acting in television serials, including Chanakya- Bharat Ek Khoj and Banegi Apni Baat to do some memorable roles in both critically-acclaimed and commercial hit films.

His first movie role was a cameo in Mira Nair's Salaam Bombay (1988) but he got noticed with Asif Kapadia's The Warrior.