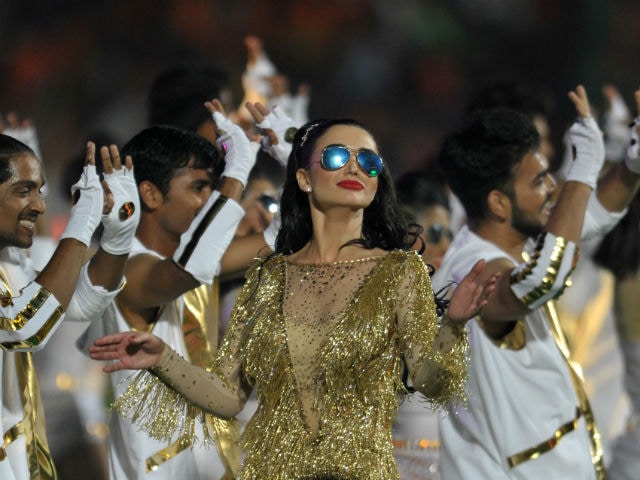 New Delhi: Actress Amy Jackson kicked off the tenth edition of the Indian Premiere League, setting fire on the stage with her performance at the Rajiv Gandhi International Stadium in Hyderabad but Twitter is not pleased. Amy's performance was described with phrases like "so pathetic", "damn hilarious", "a fumbling dance" and "wasn't good." Soon after her performance, Amy Jackson started trending on Twitter with netizens incessantly sharing their brutal reviews. "Amy Jackson's dance was so pathetic, 28 dance teachers closed their academy forever and went to Kashi," read a tweet while another said: "Today's opening dance by Amy Jackson was so damn hilarious." A particular user, who is neither a fan of Sunny Deol nor Amy, wrote: "Sunny Deol is a much better dancer than Amy Jackson."

On Wednesday evening, Amy made a stunning entry dazzling in red and golden, firecrackers followed. Amy performed to songs like Kala Chashma and Om Shanti Om. 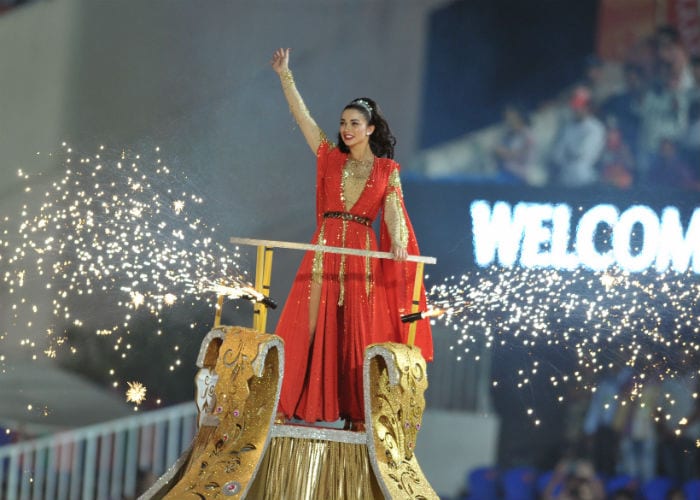 Meanwhile, this is what Twitter has to say about Amy's performance:

#IPLOpeningCeremony
My dog dances better than Amy Jackson,
It's the worst of them all#AmyJackson can't dance saala

This Seasons #IPLOpeningCeremony was FLAT !
10th Season is enmarked only with the presence of Legends and A Fumbling Dance By Amy Jackson !

Sunny deol is a much better dancer than amy jackson

Amy Jackson performed at IPL-10. This will promote and benefit Amy Jackson more than IPL... #VIVOIPLEdition#IPLOpeningCeremony

Promoted
Listen to the latest songs, only on JioSaavn.com
Royal Challengers Bangalore lost to defending champions Sunrisers Hyderabad in the maiden match of this year's IPL by 35 runs. Meanwhile, this year the organisers have planned eight "opening ceremonies" at each venue which will include starry performances.

Riteish Deshmukh will perform in Mumbai on Thursday while Rajkot will witness a performance by Tiger Shroff on Friday. Shah Rukh Khan is also expected to be present at the match in Rajkot which will be between his team Kolkata Knight Riders and Gujarat Lions. Indore will have a performance by Disha Patani on Saturday, who says she's "excited" about her IPL gig. On April 13, Shraddha Kapoor and Monali Thakur are expected to take the centre stage at Kolkata's Eden Gardens. Lastly, Parineeti Chopra, who will next be seen in Meri Pyaari Bindu, is all set to perform at Delhi's Feroz Shah Kotla stadium on April 15.