"A throwback of my yoga journey in pictures," wrote Anushka Sharma 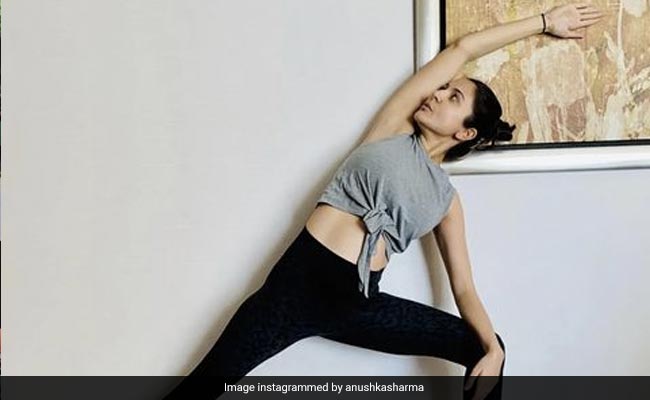 On the occasion of International Yoga Day, Bollywood stars have actively shared posts from their fitness diaries. Anushka Sharma, who has quite a bit of a reputation as a fitness enthusiast, shared a post - which chronicles her yoga journey in pictures. Some of the pictures are recent, while other shots happen to be from the time Anushka Sharma was pregnant. Sharing the post, Anushka Sharma wrote: "A throwback of my yoga journey in pictures... A relationship that starts and stops too sometimes but one that has seen me through all ages and phases of my life. Forever grateful to the ancient and truly unparalleled form of wellness." She added the hashtag #InternationalYogaDay to her post.

Anushka Sharma swears by yoga. The actress practiced yoga even during her pregnancy. Here's a throwback with husband Virat Kohli.

The actress will next be seen in Chakda Xpress, her first project after the birth of daughter Vamika, who she welcomed in 2021. Anushka Sharma married cricketer Virat Kohli in 2017 in an intimate ceremony in Italy. The actress was last seen in the 2018 film Zero, co-starring Shah Rukh Khan and Katrina Kaif.