International Women's Day 2017: Who's Afraid Of Female Sexuality? The Censor Board 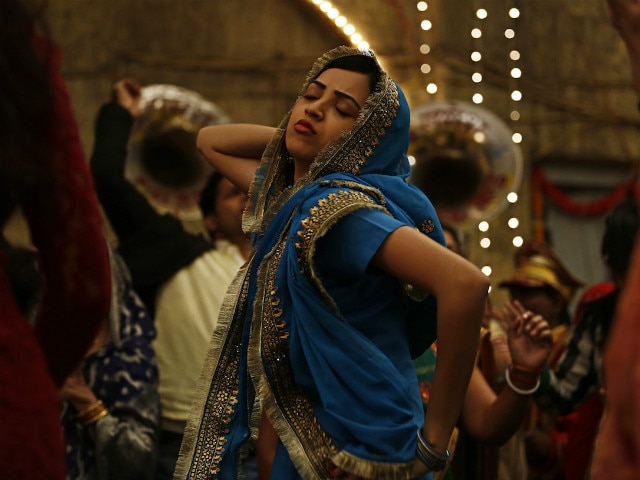 A poster from the film Lipstick Under My Burkha

New Delhi: Rewind to 2000 - Astitva saw Tabu questioning Sachin Khedekar if a woman's desires are any different from a man's desire. Cut to 2017 -- progressive minds in the Indian film industry have the same question for the country's censor board, which has refused a certificate to a film in which four fiesty women discover their inner desires. Film historian S.M.M. Ausaja points out that the problem lies in how Indian filmmakers are becoming liberal with creativity and moving in sync with global trends in cinema, but the Indian censor board has not moved ahead. "While our art and literature are so progressive, it is paradoxical how our cinema has not progressed," he told IANS, adding that he is not optimistic about change.

"People have become so judgmental, and they don't want to listen to a contrary view. I am not optimistic about things until there's a radical shift in the ideological levels of those in power. We have to remove this cloak of culture to let cinema flourish by global standards," S.M.M. Ausaja said.

Filmmaker Alankrita Shrivastava, whose Lipstick Under My Burkha is in the line of fire for being too "lady oriented", defends it by saying it is in no way "an explicit portrayal of what women may want".

"For me, it is just the story of four ordinary women who try to live out their small dreams through secret acts of rebellion. We are so not used to seeing a film that is an honest telling of the intimate lives of women from their own point of view, that it seems so sensational," Alankrita told IANS.

Describing it as a "personal and intimate story", she said: "I don't see it an explicit film, but rather as an honest film."

She noted how a common refrain in telling real stories through cinema remains, "Arre, the censors won't pass it. Forget about that idea. This is India."

Filmmakers and artistes have been rallying for a change in the Cinematograph Act -- only allowing certification, not censorship, so that artistic creativity and freedom are not curtailed.

Over the decades, one has witnessed an upsurge in movies with women as central and strong characters. Some cases in point are Mother India, Aandhi, Bhumika, Rajnigandha, Mirch Masala, Damini, Chandni Bar, No One Killed Jessica, Kahaani, Mary Kom and Neerja.

Alongside, there have been the fearless souls every now and then, bringing subjects of women's sexuality to the fore.

Back in 1933, Devika Rani had planted an impassioned kiss on co-star Himanshu Rai's lips in what is believed to be the first on-screen kiss in Hindi cinema. Interestingly, the woman made the move.

In Dev D, Mahie Gill takes a mattress to the fields in anticipation of her lover and their moment of passion. Amrita Puri's character was bold about calling her lover to the terrace and making love to him in Kai Po Che!.

Who can forget Vidya Balan's The Dirty Picture, where her character uses her sex appeal uninhibitedly. Then, there's the more recently released Angry Indian Goddesses to cite as an example.

Deepa Mehta's brave 1996 saga Fire saw leading ladies Shabana Azmi and Nandita Das -- both flag bearers of realistic themes in cinema -- portraying homosexuality in an unapologetic way. The film is said to have been loosely based on Ismat Chughtai's story "Lihaaf" -- a supposed inspiration also for the alluded lesbianism seen in Madhuri Dixit's and Huma Qureshi's "Dedh Ishqiya". In a way, the lihaaf and burkha are metaphorical veils one needs in order to discuss women's sexuality in Hindi cinema. "I think we have dealt with sexuality as a whole in a very veiled manner through the years, whether it is male or female," filmmaker Leena Yadav reflected. Leela's Parched provided a window into how women live in a tightly-controlled "traditional" world, but in their private spaces they talk about love, sex and their dreams for the future.

Leela told IANS: "I don't know what has made people uncomfortable... Because we are also the culture that created the Kamasutra... So from where, we have reached where. I don't even know how this trend started that we would rather show two flowers getting intimate with each other, but we are scared of showing human intimacy."

Promoted
Listen to the latest songs, only on JioSaavn.com
Lipstick Under My Burkha producer Prakash Jha says the movie "brings down the shallow and oppressing rules of our society, which says women can't speak about their fantasies. What they don't understand is that by refusing a certificate to a film, they (the censors) can't oppress this thinking."