"I didn't want to wear a fancy designer at the International Emmys so I outsourced my styling on Instagram," said Vir Das 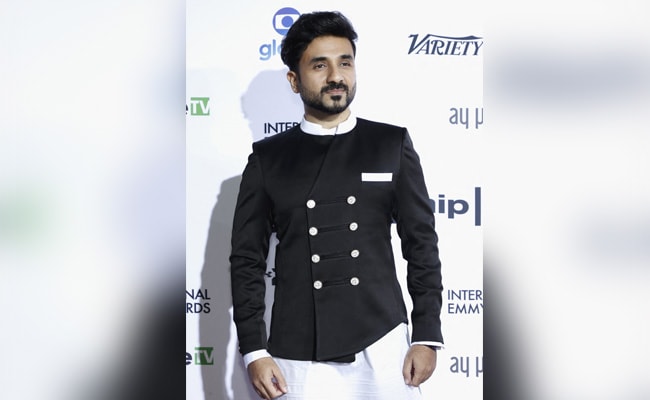 A good time was clearly had by all at the International Emmy Awards where there were three Indian nominees this year, none of whom won. Speaking to NDTV on the red carpet in New York, Vir Das summed up his International Emmys experience with fellow nominee Nawazuddin Siddiqui in a typically Vir Das way. "I am happy to be at the International Emmys with Nawaz bhai. I took many selfies with him. Who would have thought India's most serious man and India's least serious man will represent India together at these awards," he said. The backstory - Nawazuddin was nominated in the Best Actor category for the film Serious Men and Vir's Netflix special Vir Das: For India was up for Best Comedy.

In an Instagram post shared after the award show, Vir wrote: "I was nominated for best comedy at the International Emmy Awards, for jokes. Call My Agent, a gigantic beautiful show I love won. But I got this medal, and ate this fantastic salad with a very interesting crispy cheese topping. It was an honour to represent my country. Thanks so much to the International Emmys. For India. It's always for India."

Vir Das has been feeling the sharp end of social media these last few days after describing two contrasting aspects of India in a monologue at Washington's Kennedy Center in which referenced gang-rapes, farmer's protests and similar topics. Speaking to NDTV in New York ahead of the International Emmys, Vir Das said that it is his job to put out satire and he will continue to write "love letters to my country" as long as he is able to do comedy.

"I think laughter is a celebration and when laughter and applause fill up a room... that's a moment of pride. I think that any Indian who has a sense of humour, or understands satire, or watches my entire video, knows that that's what happened in that room," he told NDTV in an exclusive interview.

The  International Emmy for Best Actor went to David Tennant for his performance as serial killer Dennis Nilsen in the miniseries Des. Best Comedy was won by the hit French show Call My Agent!Aarya, starring Sushmita Sen, was nominated for Best Drama losing to Tehran from Israel.