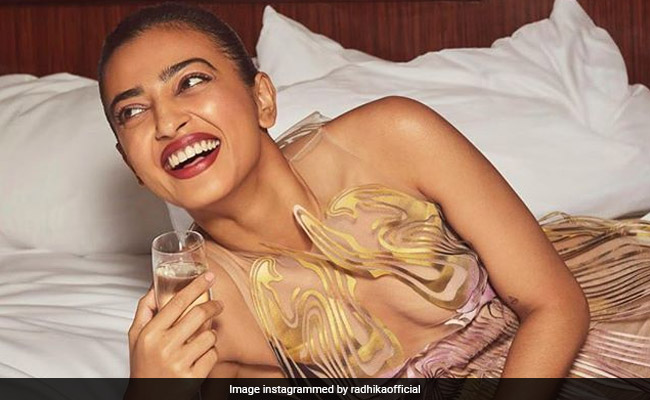 It was a big moment for actress Radhika Apte at the International Emmy Awards held in New York on Monday evening (Tuesday morning in India); Radhika, who was nominated for the Best Actress award, described how her international red carpet and award show experience made her feel in one word - ' honoured.' Radhika Apte, who was nominated for her role in Lust Stories (which itself was nominated for Best TV Movie/Mini-Series), walked the red carpet in a sculptured Iris van Herpen dress. She shared a picture (posted by the International Emmys' official Instagram handle) from her red carpet moment and wrote, "So honoured to be here." Radhika's Instafam complimented her look and congratulated her for the nomination in the comments thread. Radhika also shared photos with her Lust Stories and Sacred Games colleagues as well as a fabulous picture of her post-awards moment, which she captioned: "Thank you Emmys... Drinking time!"

But never mind that, take a look at Radhika Apte's posts here:

This in itself is UNREAL.
https://t.co/38bkGMZjID

India was represented in two more categories at the International Emmy Awards this year - Best Documentary and the Best Non-Scripted Entertainment.