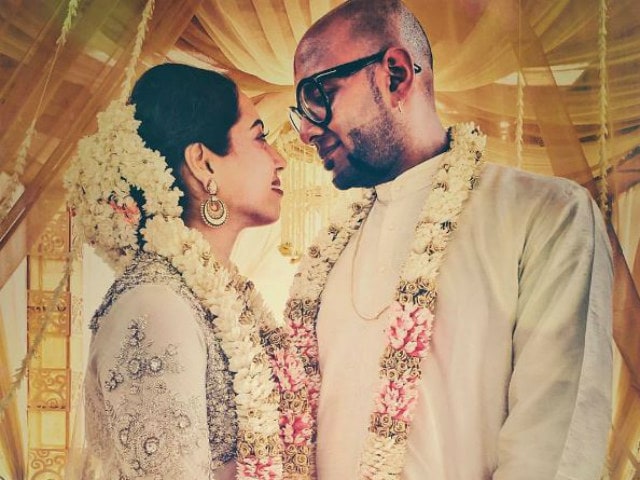 New Delhi: Singer Benny Dayal married his model girlfriend Catherine Thangam in a close-knit ceremony on June 5 in Bangalore. His colleagues from Bollywood - singers Neeti Mohan, A R Rahman and Vishal Dadlani - shared beautiful pictures from the wedding on Sunday.

Catherine was the perfect bride in a pale pink embellished ensemble while Benny was dressed in white traditional attire. Neeti, who accompanied the couple in the pictures, also looked pretty in a sari:

Neeti, who sung the title track of Bang Bang! with Benny, roped in the couple for a selfie:

Look who got married, My dearest friends @bennydayalofficial and @catherinethangam

The venue was beautiful indeed, and so were the smiles:

Music maestro A R Rahman, with whom Benny has worked for movies like Yuvvraaj and Ghajini, was also on the guest list:

Benny has also sung numbers for films like Student Of The Year, Hasee Toh Phasee and Race 2.