In The Wake Of Tanushree Dutta Controversy, Pooja Bhatt Says 'Unless Our Homes Are Secured, The World Can't Be Any Different' 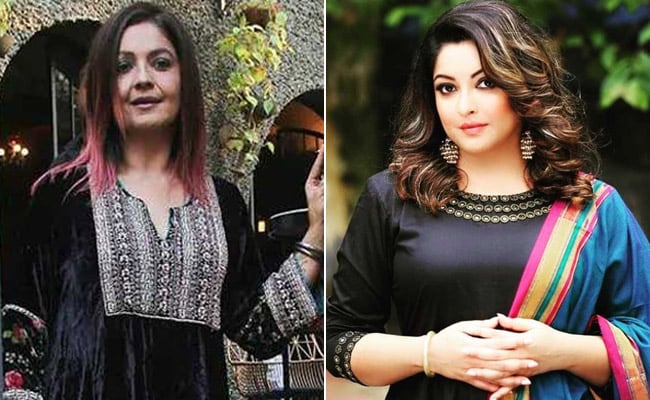 In the wake of Tanushree Dutta-Nana Patekar controversy, actor-filmmaker Pooja Bhatt spoke her mind on the ongoing battle between the actors. Pooja Bhatt, who was speaking at the India Today Conclave East 2018, asked people to stop questioning Ms Dutta why she opened up about the incident 10 years later. "There are women who cannot name their own fathers, grandfathers or their own brothers in their whole lifetime. It is not fair to say why now," Pooja Bhatt said. She also added that unless our homes are "secured", the outer world cannot be any different. "Unless our homes are secured, the world out there cannot be any different. I have seen people leading contrasting lives," Pooja Bhatt was quoted as saying.

Tanushree Dutta accused Nana Patekar of sexually harassing her on the sets of a 2008 film Horn 'OK' Pleassss. She accused him of aggressive and unwelcome behaviour while shooting for the film, which she later opted out of. Ms Dutta claimed that Nana Patekar had sent political goons to intimidate her. Tanuhree Dutta has also been served a legal notice by Nana Patekar asking for an apology. She has also received a legal notice from filmmaker Vivek Agnihotri, who, she claims, asked her to strip on the sets of 2005 film Chocolate. "I have been slapped with two legal notices. One from Nana Patekar and another from Vivek Agnihotri. Both their teams are on a smear campaign against me by constructing outright lies and misinformation on social media platforms and other public platforms," news agency ANI reported the actress as saying.

Tanushree Dutta has also claimed that she has received threats from Maharashtra Navnirman Sena (MNS). The Raj Thackeray-led MNS was the same political outfit, which was allegedly involved in vandalising Tanushree Dutta's car after she walked out of the 2008 film. "Violent threats are being issued against me by the MNS. Today, while I was at home and the police personnel posted outside my home were on a lunch break two unnamed suspicious individuals tried getting into our home uninvited but were stopped just in time by security personnel," ANI reported.

Meanwhile, celebrities like Priyanka Chopra, Farhan Akhtar, Freida Pinto, Sonam Kapoor, Renuka Shahane and Varun Dhawan added their voices to the swelling chorus of support for Tanushree Dutta. However, Amitabh Bachchan, Salman Khan and Aamir Khan, who were asked about their views on the ongoing controversy, shied away from taking side and gave diplomatic answers to the questions asked by media.

Tanushree Dutta was last seen in 2010 film Apartment. Ms Dutta decided to speak up again on the decade old in the light of #MeToo movement. A former beauty queen, Tanushree Dutta has featured in films like Aashiq Banaya Aapne, Dhol and Raqeeb: Rivals in Love .