In Padmaavat vs PadMan, Sidharth Malhotra's Aiyaary Gets A New Release Date 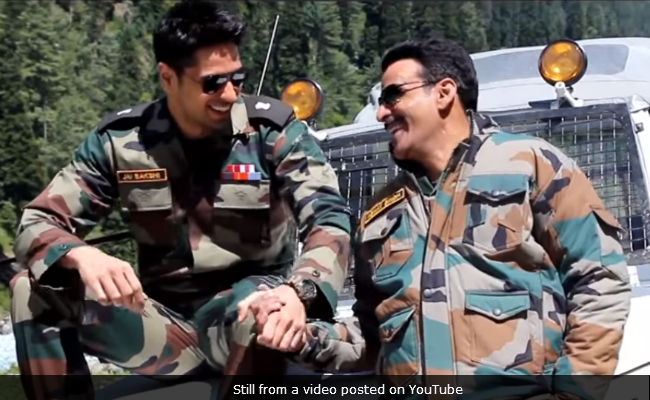 New Delhi: Sidharth Malhotra's Aiyaary will now release on February 9, director Neeraj Pandey revealed. "Looks like you'll have to wait a couple of weeks longer to witness our #Aiyaary. Now in cinemas on February 9," he tweeted. The film, also featuring Manoj Bajpayee and Rakul Preet Singh, was earlier scheduled to release on January 26. However, it seems that the makers decided to postpone the release by two weeks to avoid a box office clash with Deepika Padukone's Padmaavat and Akshay Kumar's PadMan, which hit the screens on January 25. Both the films will capitalise on the Republic Day weekend. Read Neeraj Pandey's tweet here.

Looks like you'll have to wait a couple of weeks longer to witness our #Aiyaary. Now in cinemas on Feb 9https://t.co/UVW6YvTYiv#AiyaaryReleasingOnFeb9@aiyaary@S1dharthM@BajpayeeManoj@Rakulpreet@Pooja_Chopra_@AnupamPkher@ShitalBhatiaFFW

Padmaavat has disrupted the release date of Anushka Sharma's Pari too. The film now releases on March 2 instead of February 9. Of Pari's revised release date a source earlier told mid-day, "The makers didn't want their film to come within a fortnight of PadMan and Padmaavat's release, as that may imply bagging fewer screens." The Central Board of Film Certification (CBFC) gave a green signal to Padmaavat's release after suggesting five edits (including the title, which was Padmavati before).

Aiyaary's revised release date was earlier reported by trade analyst Taran Adarsh. However, Sidharth Malhotra told news agency IANS, "We haven't decided anything officially. I think we are coming on January 26. We will decide and make announcement really soon."

Aiyaary tracks the story of the fallout and subsequent face-off between two Army officers - a mentor and a protege. Sidharth, Manoj Bajpayee, Rakul Preet Singh and Pooja Chopra are currently promoting the film at the BSF camp in Jaisalmer, where they also celebrated Lohri.
Comments
Aiyaaryaiyaary and padmanpadmaavat