In NTR Biopic, Vidya Balan To Star As Basavatarakam Opposite Balakrishna

In a career spanning over four decades, NTR featured in over 250 films 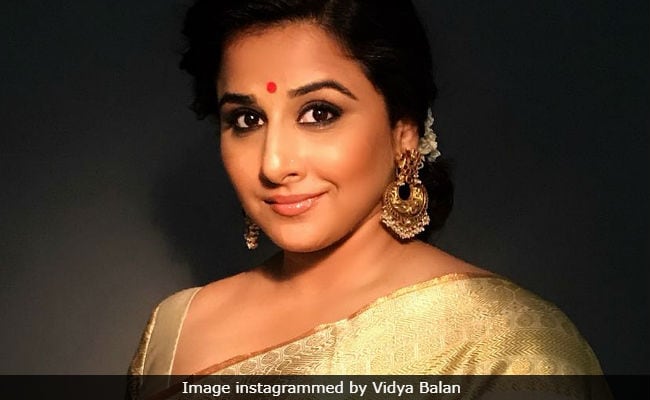 Actress Vidya Balan is all set to play the actor politician Nandamuri Taraka Rama Rao's (NTR) wife Basavatarakam, in a biopic on the former, reports trade analyst Taran Adarsh. On Wednesday, Taran Adarsh confirmed the casting of Vidya Balan opposite NTR's son Nandamuri Balakrishna, who plays the role of his father onscreen. "It's official... Vidya Balan in NTR biopic - she enacts the part of NTR's wife Basavatarakam. NTR's son Balakrishna enacts the role of NTR (in the film) directed by Krish (and) co-produced by Balakrishna, Sai Korrapati and Vishnu Vardhan Induri (co-producing the Hindi version)." In a career spanning over four decades, NTR featured in over 250 films. He won three National Awards - two as producer (for Thodu Dongalu and Seetharama Kalyanam) and one for directing Varakatnam.

The film went on floors in March when Vice President M Venkaiah Naidu hit the clapboard for the opening shot in Hyderabad, in which Balakrishna was dressed as Duryodhana from his NTR's 1977 film Daana Veera Soora Karna.

NTR married Basavatarakam in 1943 and the couple had eight sons and four daughters, of which their eldest son Nandamuri Ramakrishna Sr died in 1962. NTR founded the Ramakrishna Studios in his son's memory. Basavatarakam died after battling cancer in 1985 and the Basavatarakam Indo-American Cancer Hospital in Hyderabad was made in her memory.

NTR founded the Telugu Desam Party (TDP) in 1982 and he served as Chief Minister of Andhra Pradesh for seven years (between 1983 and 1995) in three terms.

He was honoured with the Padma Shri, the fourth highest civilian award of India, for his contribution to cinema in 1968.
Comments
ntr biopicntr biopic vidya balanBalakrishna ntr