In Ae Dil Deleted Song, Ranbir and Anushka Enjoy An Evening In Paris 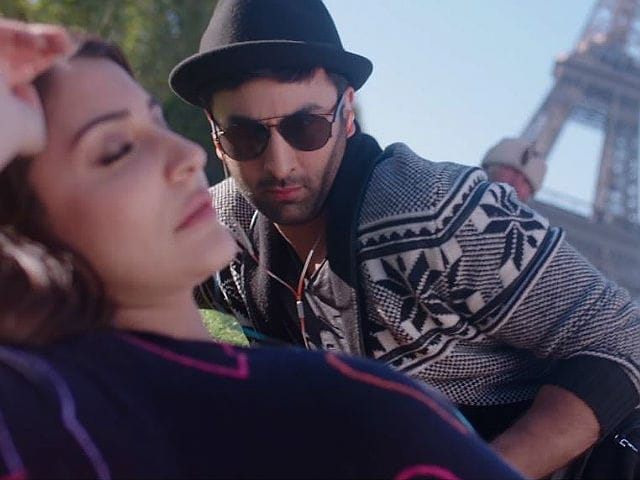 It is the title track of 1967 film An Evening In Paris. KJo kept the song's audio intact and as for the video we have lead pair Ranbir Kapoor and Anushka Sharma giving us a tour of Paris instead of Shammi Kapoor, as in the original song.

Ranbir and Anushka who play Ayan and Alizeh, are out-and-out Bollywood buffs in the film. Thye're enjoying on the streets of Paris, dancing without inhibitions and helping us smile in the process. Take a look:

Here's the deleted song from #ADHM! Thank you for the love, let's keep celebrating! #WithLoveFromADHMhttps://t.co/M1nrJxivwp

Karan's Ae Dil Hai Mushkil is a take on unrequited love and the power of friendship explored through the characters of Ayan, Alizeh, Saba and Ali. Aishwarya Rai Bachchan plays Saba while Fawad Khan is Ali.

Promoted
Listen to the latest songs, only on JioSaavn.com
The film released ahead of Diwali along with Ajay Devgn's Shivaay.

Meanwhile, if you're a movie buff like Ayan and Alizeh, then here's the original track: