"I have bought a house, but I did not pay double for it," said Tamannaah 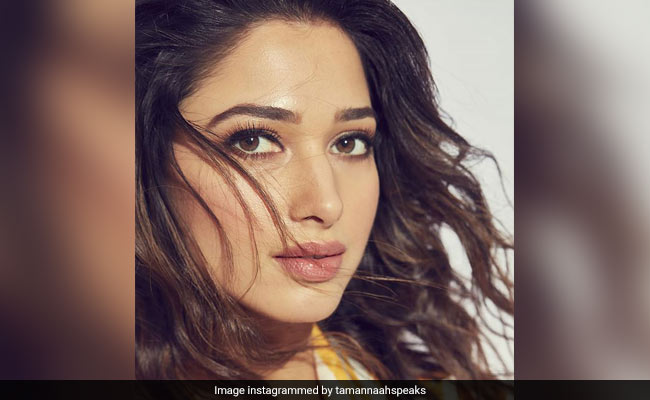 Actress Tamannaah Bhatia denied reports that she paid twice the market rate for a super expensive sea-facing apartment in Mumbai's Versova area and said that she is a "Sindhi," and that she won't pay "double the price for an apartment," reported Mumbai Mirror. Earlier, rumours had it that the Baahubali actress apparently paid twice the going rate in the area to lock the deal for the apartment at Rs. 16.60 crore, which is on the 14th floor of a 22-storey building named Bayview, located on the Juhu-Versova Link road, cited a report in DNA. However, Tamannaah Bhatia, in an interview with Mumbai Mirror, said that she has bought the apartment but didn't pay double for it.

"I'm Sindhi, how can I pay double the price for an apartment? After a while it became embarrassing as people kept asking about it. I have bought a house, but I did not pay double for it. My parents and I will move into it once the house is ready. I just want it to be a simple, artistic house with an earthy look," the actress told the tabloid.

Tamannaah Bhatia has marked her presence in the south film industry with films such as K.G.F: Chapter 1, Baahubali and Bengal Tiger. On the work front, she has several plum film projects in her line-up. She will be seen in the Telugu remake of Queen, titled That Is Mahalakshmi. She will also be seen in Chiranjeevi's much-awaited period film Sye Raa Narasimha Reddy, which will be produced by Ram Charan.

In Bollywood, Tamannaah Bhatia has worked in several comedy films such as Entertainment, Himmatwala and Humshakals.