Ileana D'Cruz Was Missing Her "Maldivian Tan." So She Posted This Pic

"Cause my Maldivian tan is just gonna have to wait," wrote Ileana 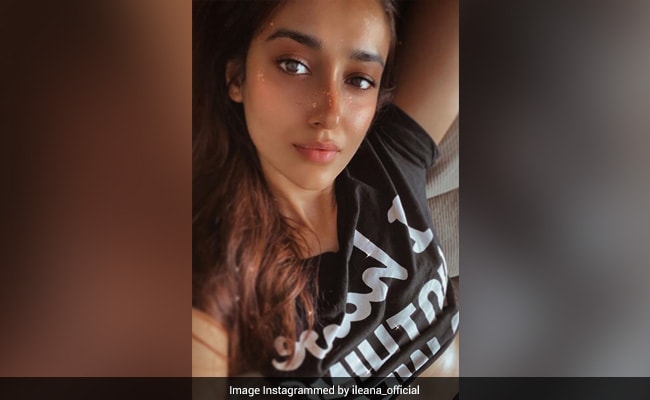 Ileana D'Cruz is missing soaking up the sun in the Maldives and her latest Instagram post reflects it clearly. The actress, who is best-known for featuring in films like Barfi! and Rustom, clicked a selfie using one of the Instagram filters on Thursday and shared the stunning photo of herself with a quirky caption. Ileana D'Cruz, who took the selfie using a tan and freckles filter, captioned her post like this: "Cause my Maldivian tan is just gonna have to wait." In the selfie, the actress can be seen sporting a black crop top. Within an hour of posting the picture, the actress' fans dropped several comments comprising heart and fiery emojis. One of the users commented: "Stunning pic" while another wrote: "awesome."

Coz my Maldivian tan is just gonna have to wait

Ileana D'Cruz often trends on social media for her bikini and post-workout pictures. Earlier, she posted a photo of herself sunbathing in a printed bikini and wrote: "Throwback to when pool days and getting gloriously toasted in the sun was no big deal."

Ileana D'Cruz is best-known for her performances in films such as Barfi!, Phata Poster Nikla Hero, Rustom and Happy Ending among others. She was last seen in the 2019 comedy film Pagalpanti, in which she co-starred with Anil Kapoor, John Abraham, Urvashi Rautela, Arshad Warsi, Pulkit Samrat and Kriti Kharbanda. The actress will next be seen in The Big Bull, in which she will share screen space with Abhishek Bachchan. The film will be directed by filmmaker Kookie Gulati and it will be produced by Ajay Devgn.