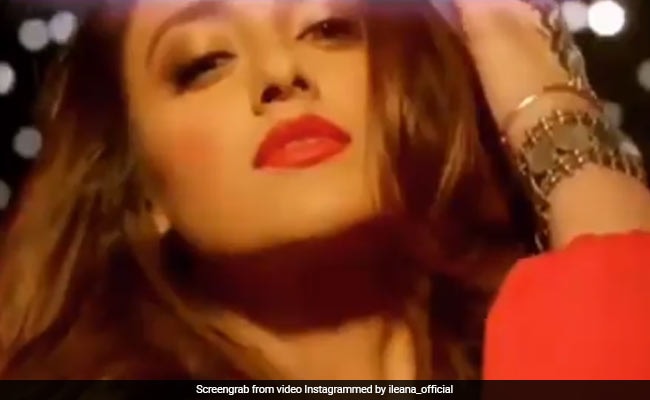 A still from the meme. (Image courtesy: ileana_official )

Ileana D'Cruz sure knows how to laugh at her own meme and her latest Instagram post proves it. The Raid actress shared a hilarious meme of herself, which perfectly describes how we show off around our crushes, and it is totally relatable. Not to mention, Ileana's dance in the "cool" video is on point. The netizens are going crazy over the video, where one user on Insta wrote: "Difficult to act normal around crushes," and another commented: "Relatable." The meme is stealing the show on the Internet as, within just a few hours, it received over four lakh likes. Excited much? Check it out:

Not only Ileana's fans, even Malaika Arora couldn't stop laughing as she wrote: "Hehehehe very cool."

While nothing was mentioned about the original dance video in the meme shared by Ileana, it appears that the clip was taken from her song Hawa Hawa of film Mubarakan. In case you are wondering how we are so sure that Ileana's dance clip is from the aforementioned film, here's the answer.The actress was spotted in the red outfit in one of the film's songs. If you still don't believe us, take a look:

Ileana D'Cruz has marked her presence in Bollywood with several hit films. She made her Bollywood debut with Ranbir Kapoor's Barfi! in 2012. She has worked in several films such as Phata Poster Nikla Hero, Happy Ending, Rustom, Baadshaho, Mubarakan and Raid.