But have you seen Ranveer Singh's green carpet style? No words. We will let the pictures do the talking. 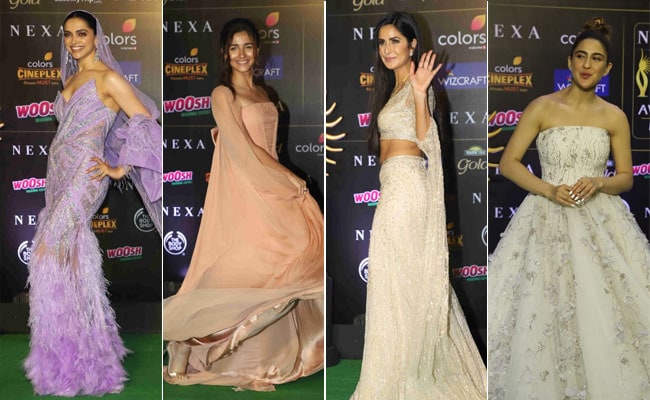 The 20th edition of the International Indian Film Academy Awards, better known as Bollywood's biggest night or the IIFA Awards, witnessed some gorgeous green carpet fashion last night. The creme-de-la-creme of Bollywood sashayed down the IIFA green carpet in their traditional best and all we could say is 'wow'. Deepika Padukone enthralled us in a lilac charm as she arrived in an embellished and feather off-shoulder gown hand-picked from the collections of Gaurav Gupta, paired with dramatic sleeves and an oversized cape. It was a Cannes-kinda moment for Deepika as she posed for the photo-op with her lilac cape spread out on the green carpet. Deepika won the Special Award for Best Actress (Chennai Express) at IIFA. 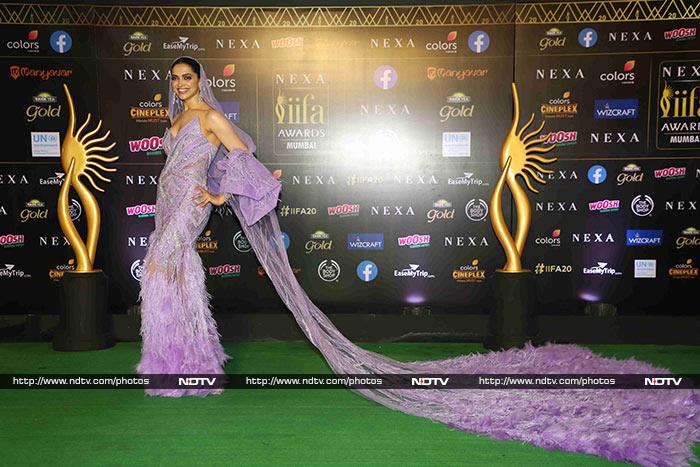 Ranveer Singh, who went home with the Best Actor IIFA award for 'Padmaavat', set the flashbulbs popping as he walked in in a quirky assortment of clothes. No words. We will let the pictures do the talking. 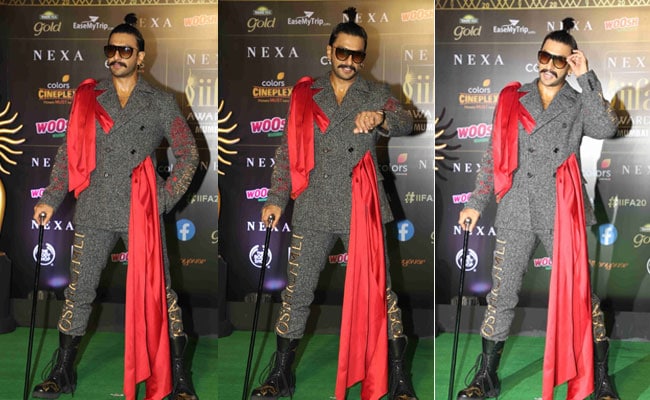 Caped ensembles were a favourite for the night. Alia Bhatt, who was one of the last ones to check in, was a vision in a pale peach ball gown from the studious of Georges Chakra, which came with an adorable bow. Alia twirled on the green carpet and left us mesmerised. Alia went home with a happy heart - she won Best Actress for Raazi. 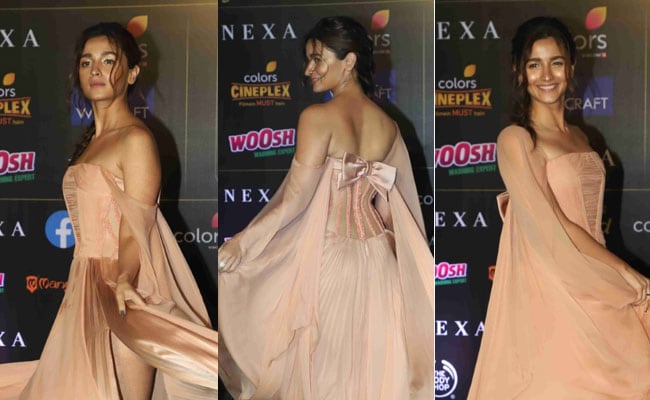 Katrina Kaif turned heads on the green carpet in a two-part ensemble. She styled her high-slit skirt with a crop blouse with intricately-worked sleeves that touched the floor as she walked by. 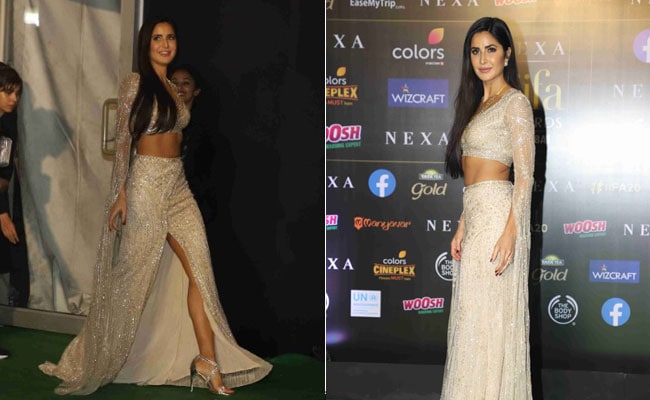 Sara Ali Khan, who won Best Debut Actress, was her usual jolly self on the IIFA green carpet. Dressed in a Gaurav Gupta ensemble, Sara greeted the paparazzi with a namaste. For Sara, simplicity was the key to her flawless look which she styled with a high bun and a pair of sparkling earrings. 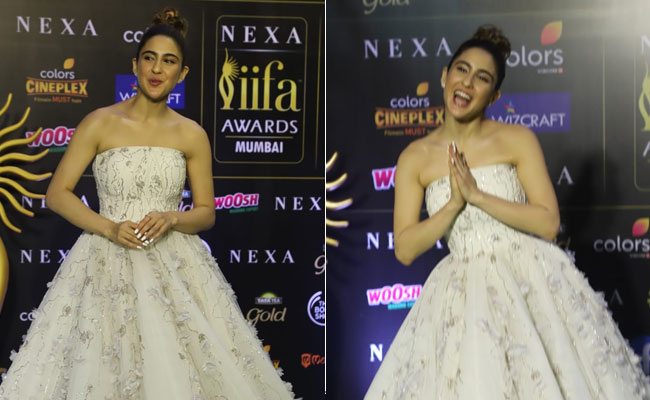 Madhuri Dixit, stunning in a scarlet ensemble, painted the green carpet red while Preity Zinta matched up to the gold standard of fashion. 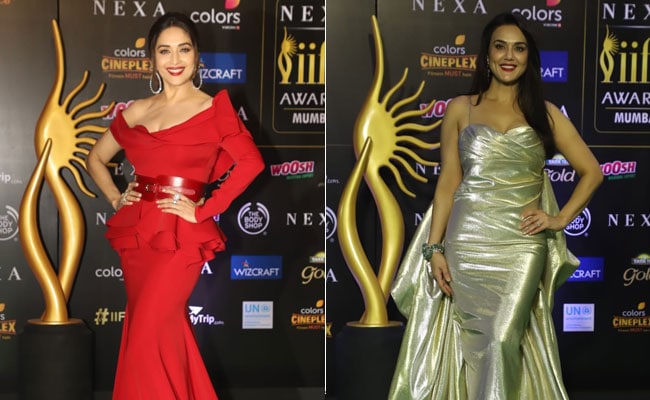 Stars on the IIFA green carpet 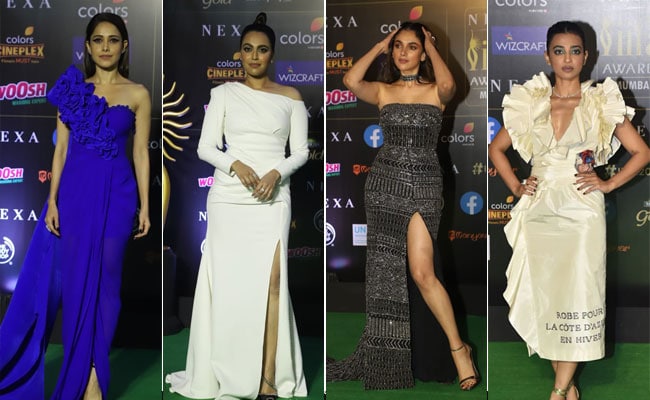 Actresses on the IIFA green carpet 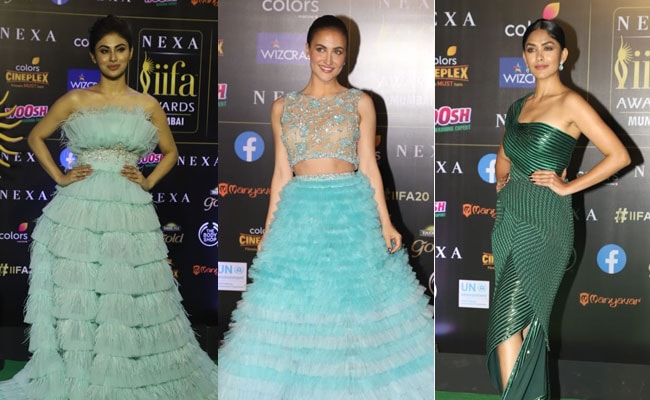 Genelia D Souza walked in hand-in-hand with Riteish Deshmukh. Her smile said it all. Several other couple entries were made at the IIFA Awards. 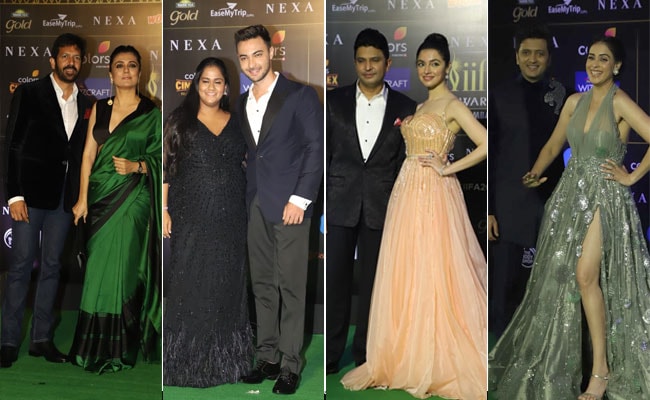 Salman Khan brought a plus one to the IIFA Awards. Accompanying the 53-year-old superstar was Saiee Manjrekar (Mahesh Manjrekar's daughter), who will make her Bollywood debut with Dabangg 3. 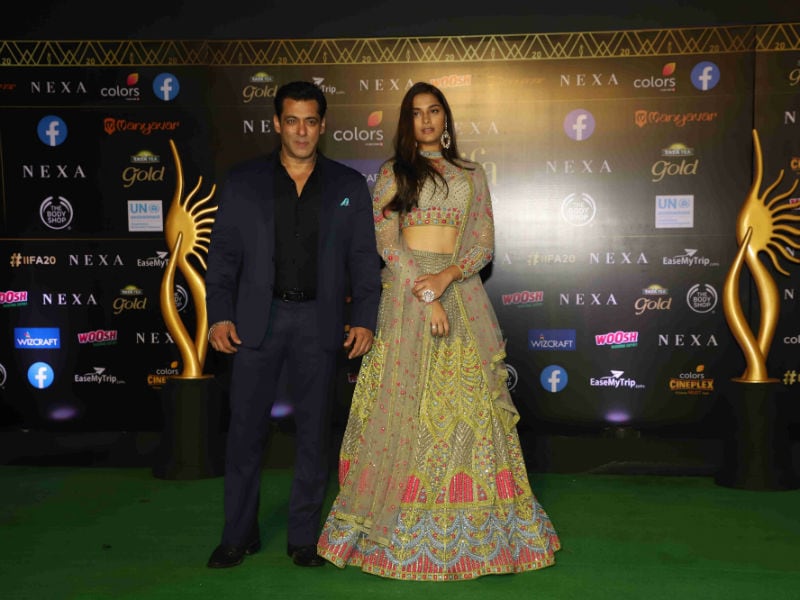 The men's corner was also well represented by Shahid Kapoor and his brother Ishaan Khatter, who won the Best Debut Actor award for Dhadak. Stars like Ayushmann Khurrana, Vicky Kaushal, Karan Johar and others also upped the fashion fever. 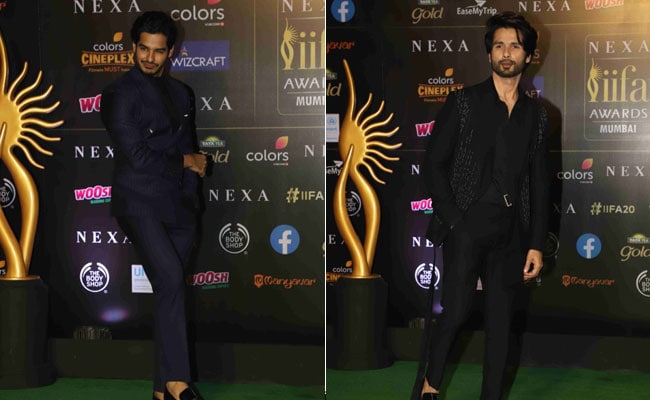 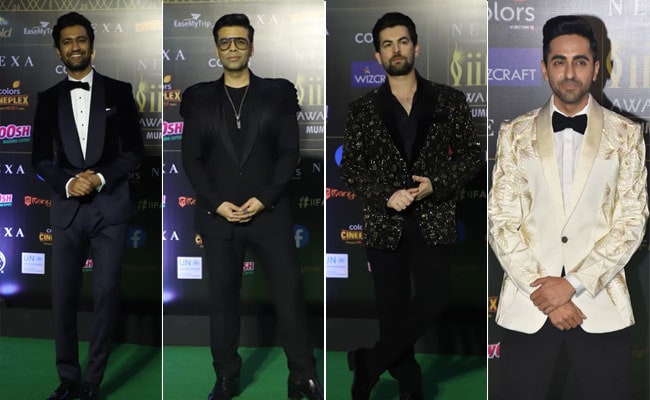 The men's corner was well represented

Last night's IIFA Awards wrapped with Raazi winning Best Film and Sriram Raghavan winning the Best Director prize for AndhaDhun. Special Awards were also given out to celebrate 20 year of the Bollywood awards.