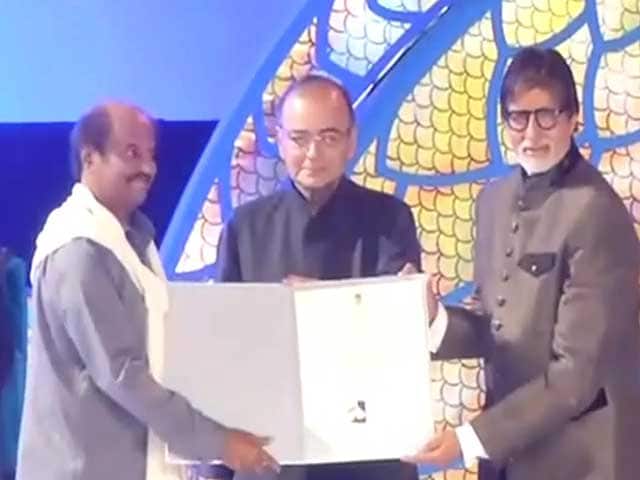 The International Film Festival of India 2014 got off to a glittering start at Panjim, Goa on November 20. The highlight of the evening was South superstar Rajinikanth receiving the Centenary Award for Indian Film Personality of the Year from actor and close friend Amitabh Bachchan, the chief guest at the fest this year.

"I am honoured," Rajinikanth had earlier said in an exclusive interview to NDTV.

Mr Bachchan told NDTV about his family's cordial relations with Rajinikanth and his family and called the South superstar a "wonderful human being" and an "incredible phenomenon." About the award given to Rajinikanth, Mr Bachchan said, "It's not enough." 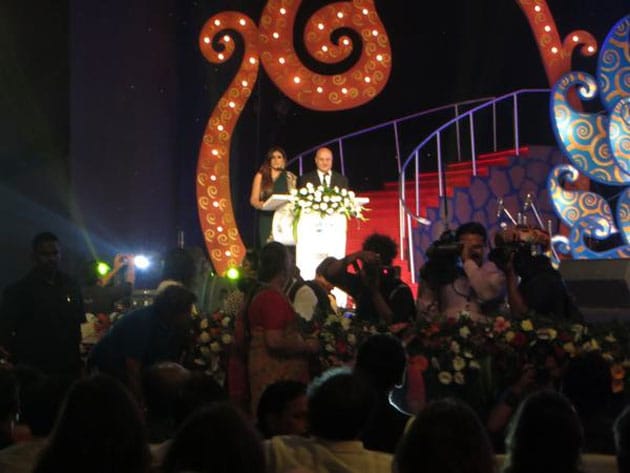 In his speech, Mr Bachchan reflected on the evolution of Indian Cinema and said that film was a popular platform to reflect social concerns. This year's edition has celebrated film personalities from all over the world on its jury.

Slawomir Idziak from Poland, who is also the jury chairman, is a noted cinematographer, screenwriter, director and lecturer. He has worked with cinema legends Krzysztof Kieslowski, Andrzej Wajda and Krzysztof Zanussi and has received a number of awards and distinctions in Berlin, Venice, Prague, Auckland and Gdynia.

Promoted
Listen to the latest songs, only on JioSaavn.com
He has also been nominated for BAFTA Cesar and Oscar awards.