Ibrahim and Sara are quite a popular sibling duo on social media, owing to their quirky and fun-filled posts about their rapport. 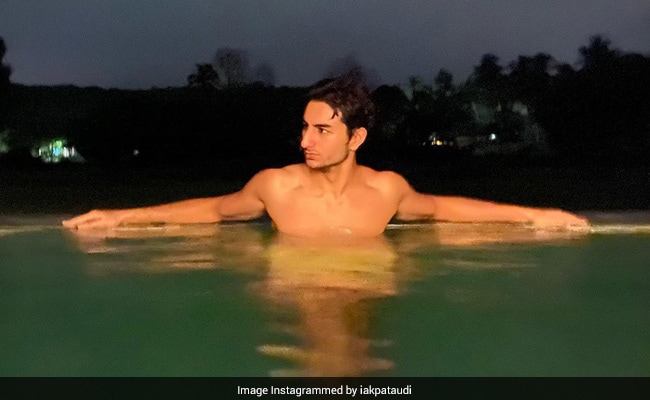 Sara Ali Khan's brother Ibrahim resurfaced on Instagram after over a month on Friday. For the caption, Ibrahim shared a quote attributed to former UK Prime Minister Winston Churchill. "If you're going through hell, keep going," he captioned a photo of himself chilling in a pool. Ibrahim and Sara Ali Khan, who is actress, are Saif Ali Khan's children with his first wife Amrita Singh. Ibrahim and Sara were recently holidaying in Goa and returned to Mumbai last month when the 25-year-old actress was summoned by the Narcotics Control Bureau in connection to the probe into allegations of drug abuse in Bollywood triggered by the death of actor Sushant Singh Rajput. Sara, who co-starred with Sushant in her debut film Kedarnath, was questioned by the NCB on September 26.

If you're going through hell, keep going. - Winston Churchill

Ibrahim and Sara are quite a popular sibling duo on social media, owing to their quirky and fun-filled posts about their rapport. Here's a childhood memory shared by Ibrahim with the caption: "The face I make when it's me who can bully Sara now."

And looks like nothing's changed since then. Here's what Sara had posted on Rakhi from their Goa homestay: "When he says he's always got my back... he doesn't mean it."