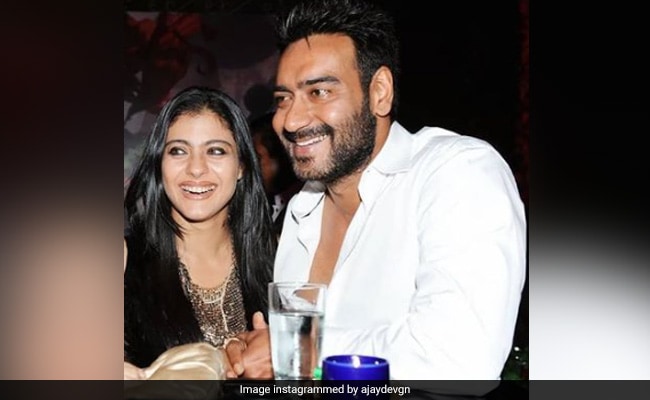 Ajay Devgn and Kajol's Instagram exchange has once again caught our attention and how. On Friday, Ajay shared a video on Instagram. The video shows two different scenes of the actors from their films Tribhanga and Runway 34 respectively. The video starts with a scene from Kajol's 2021 film Tribhanga, where the actor can be seen holding a cigarette in a hospital, while a nurse reminds her that it's a no smoking zone. Kajol in the scene is heard saying, "Kya", when nurse replies, "Ma'am smoking mana hai", Kajol replies "Jali hai kya", nurse says, "Nahi", the scene ends with Kajol saying "Then."

A similar scene can be seen in Ajay Devgn's 2022 film Runway 34, where the actor can be seen holding a cigarette in his mouth in a public washroom, when a co-pilot reminds him that it's a no smoking zone. In the scene, the co-pilot says, "No smoking here", to which Ajay replies, "Jayali toh nahi."

Sharing the video, Ajay wrote, "Arey, Kajol beat me to it." Kajol was soon enough to respond to her husband's post. She commented, "Don't worry...still not planning to take a drag."

Many of Ajay's fans flooded his post with comments. One of them wrote, "She's always the first", while the other wrote, "Both are legend."

Kajol was last seen in Tribhanga, while Ajay Devgn is waiting for the release of his film Thank God. The film, also starring Sidharth Malhotra and Rakul Preet Singh is scheduled to release on October 5.

Kajol and Ajay married in 1999. They have two children - Nysa and Yug Devgn.