ICYDK: Amitabh Bachchan's New "Co-Star" Is Wait For It... A Doggo 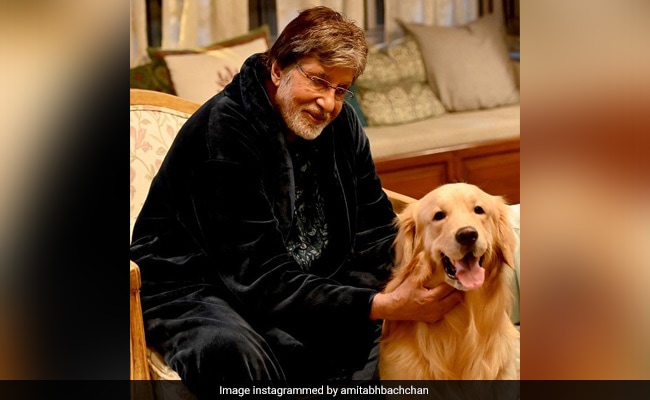 Amitabh Bachchan usually shares cordial relations with most of his co-stars but his new one has his heart as is evident in his latest Instagram entry. On Monday morning, the 78-year-old actor shared a super cute picture with a doggo, who Big B described as his "co-star" in his caption. Sharing the picture, Big B wrote: "My co-star at work." Writing of the kind of impact the pooch has on sets, the Bollywood veteran added: "When he's on set the whole atmosphere changes... That is why they are man-woman's best friend." Word! Much like his Instafam, Amitabh Bachchan's granddaughter Navya Naveli Nanda also loved the picture. She dropped multiple heart emojis in the comments section.

In a separate post, Big B wrote about his "second best friend" (dog being the first). He posted a picture that appears to be from a studio and wrote: "And music... The best friend of your mind." H His post was for World Music Day, being celebrated today.

In a third post, Big B described yoga as "the best friend of your body." His post was with reference to International Yoga Day, which is being celebrated today.

The actor also posted a throwback with his late father and legendary poet Harivansh Rai Bachchan. "Father," he captioned the post.

Amitabh Bachchan's upcoming projects include Ayan Mukerji's Brahmastra, co-starring Alia Bhatt and Ranbir Kapoor, and Chehre, alongside Emraan Hashmi. He will also be seen in the sports drama Jhund. The actor recently signed the Hindi remake of the Hollywood film The Intern, in which he will co-star with Deepika Padukone. Earlier, late actor Rishi Kapoor was meant to star in it. The original film features Robert De Niro and Anne Hathaway.