'I Try Not To Get Swayed Away By Social Culture Of Industry,' Says Taapsee Pannu

"If acting doesn't work at any point in my life, I am capable enough to do something else," said Taapsee Pannu 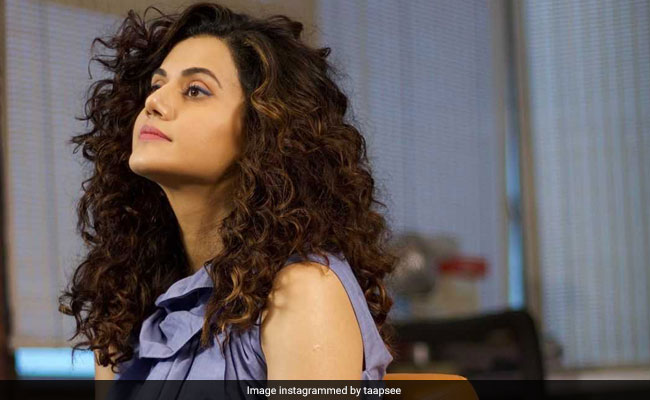 Taapsee Pannu says she is not very active in the social circuit of Bollywood and that keeps her stay rooted. The 31-year-old actor said she does not take her success seriously as she is aware of the business' uncertainty." I deliberately try not to get swayed away by the social culture of the film industry and try to keep my life as real as possible to stay grounded. For I know one fine day this might get over and I don't want to make life difficult for myself. "I chill with them a lot, but when I have off days, it isn't that every day I will go and have social gathering with people I work with it. Subconsciously you end up talking a lot about films because that's or connecting thread," Taapsee told PTI.

However, the actor added that films are just a part of her life and "not the be all and end all" for her. "If this (acting) doesn't work at any point in my life, I am capable enough to do something else. I never say I was the one getting ready in front of a mirror dreaming to be an actress. No, I decided to be an actor after my first film's release! I slowly found my footing.

"I don't want to discuss films beyond my work. I have to force myself to balance that because it is easy to get swayed, especially when you do a good film and it becomes a huge hit. Thank God after Badla I was in Saand Ki Aankh for two months so I was off the radar."

Her latest, home invasion thriller Game Over has opened to good reviews. The Tamil-Telugu film's Hindi dubbed version is presented by Anurag Kashyap and is currently playing in cinemas. Taapsee said she chose to do the film as it aligns with the kind of work she wants to do across industries.

"The Taapsee my south Indian film fans saw before I moved to Bollywood was different. Back then, I was doing films just to keep rolling in the market, to be visible. Then the story changed. "So it has to change for everyone. I can't be something else in south and something here. Game Over is exactly the kind of film I would give my heart and soul to."