On set, Jenkins can be a physical director, demonstrating to her actors - including star Gal Gadot as Wonder Woman - the precise hand-to-hand combat moves she's looking for. She also summons the emotional truths she's seeking from Diana Prince, a woman who might be new to this patriarchal civilization 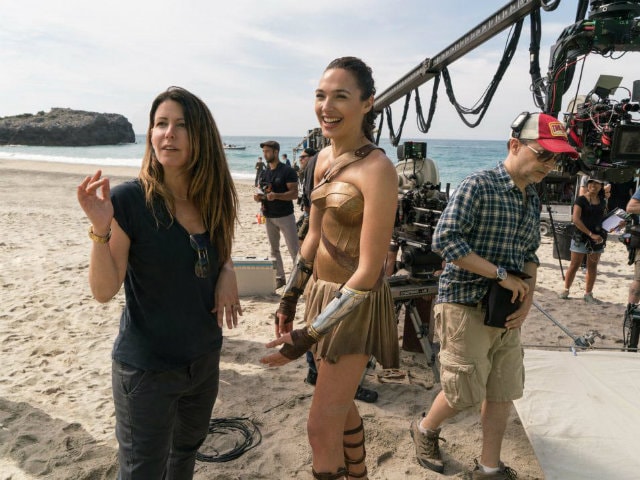 Washington: In the new film Wonder Woman, our title hero leaves her empowering, all-female island of Themyscira for the tightly corseted society of World War I-era London. As her companions coax the Amazon-tribe warrior into trading in her free-flowing leather skirt for the confining bustle of a male-dominated Western world, Diana Prince has a natural question: How do you fight in this attire?

The scene also reflects the challenge for the film's director, Patty Jenkins: In an industry forever plagued by sexism, she wondered, how do I succeed as the first woman to direct a big-budget superhero feature?

Like some other female directors, her answer is that she refuses to be bound by that question, instead asking: How do I succeed as its director, period?

On set, Jenkins can be a physical director, demonstrating to her actors - including star Gal Gadot as Wonder Woman - the precise hand-to-hand combat moves she's looking for. She also summons the emotional truths she's seeking from Diana Prince, a woman who might be new to this patriarchal civilization, yet rarely abandons her sword or her sense of powerful self-possession.

"My mom was a second-wave feminist, and I heard a lot about it and thought a lot about it," Jenkins tells The Washington Post. "The way she raised me was both super-aware that there had been sexism but also: 'Congratulations - thank you, now I get to do whatever I want, Mom!' "

By presuming as a young woman that equality had been achieved, she wore the armour of a certain naivete that sometimes served her well, recalls Jenkins, 45. She was not intimidated by what she did not even recognize. She also says she grew empowered by her peripatetic childhood; her father was an Air Force captain and her mother an environmental scientist, so she grew up around the globe, from the West Coast to the American Midwest, and from Germany to Thailand.

"Interestingly, the real revelation for me was: 'Oh my God, it's so wonderful, I'm 7 years old and we finally have Wonder Woman the show, and I'm so in love with Lynda Carter - I can't wait, how great," Jenkins says of seeing female empowerment in that '70s network series.

Jenkins studied painting and performance as a young woman before discovering her chosen career path.

"But the reason it happened is because, like Diana, it never occurred to me that it couldn't happen, because of the way I was raised," she added.

Jenkins created the 2001 short Velocity Rules, about a physically awkward housewife turned superhero, and then guided Charlize Theron to an Oscar-winning performance in 2003's Monster. The director has worked mostly in TV since, turning down an opportunity to direct a film in Marvel's "Thor" franchise once she realized that she and the studio wanted to tell different stories.

Now, as Jenkins receives mostly glowing feedback for Wonder Woman, she feels affirmed in hewing to her egalitarian outlook. "I don't think about Wonder Woman as a female film. She's a major superhero."

Other directors have their own strategies for thinking past the bias. Amy Heckerling, who has directed such comedies as Fast Times at Ridgemont High and Look Who's Talking, says that while she has faced discrimination in her career, "I just tried not to think about it. I could say a million things about different types of unfairness, but I'm like the person who's covering their eyes going, "Alalalala!' "

Heckerling, in town for a 20th-anniversary screening of her movie Clueless last week at the Washington Jewish Film Festival, notes: "If I'm (worrying) about stuff, it just makes it harder. I try not to even acknowledge the reality."

The director also emphasizes the difference between creating empowering work and choosing to be on the front lines as a prominent activist. "It's like the Chaplin film where a truck goes by and a red flag falls off. (The tramp) is sort of running up to say that they dropped it and meanwhile, a Socialist parade comes up behind him and they all think he's leading up," she says. "And you go: 'No, I don't want to pick up the flag and run.' I want to forget that it's happening.' "

Last weekend at Cannes, one of the film festival's jurors, Oscar-nominated actress Jessica Chastain, decided to hoist that flag, telling reporters that she was "disturbed" by how many of the female characters in this year's crop of films were unrelatable and without agency. One antidote to that trend, she said, was more female storytellers.

And Oscar-winning filmmaker Brenda Chapman stands up for being a symbol of trailblazing progress. "I look forward to the day when I can just focus on my creative drive, but until there is a more equal percentage of women on screen and behind the camera, I have to embrace being a woman in this field," says Chapman, who was the first woman to direct a Pixar feature film ("Brave"). "I so agree with Geena Davis's (words): 'If she can see it, she can be it.' "

Martha Lauzen, executive director of the Center for the Study of Women in Television and Film at San Diego State University, celebrates that Jenkins directed a tentpole movie with a female protagonist, but wants to see what comes next.

"This reminds me of the situation surrounding Kathryn Bigelow when she won her Oscar for (2008's) The Hurt Locker, " she says. "At the time, many industry observers and journalists talked about 'the Bigelow effect' and how her well-deserved success would lead to an increase in the number of female directors working on high-profile films.

"Of course, we know that this effect has yet to materialize," continues Lauzen, noting that women comprised only 7 percent of directors working on last year's top 250 domestic-grossing films - compared with 9 percent in 1998.

"When they say, 'How can I make it as a woman?' I say: 'Don't think about that fact, because it's only going to hurt you.' But because of course (the sexism) is real, I don't belittle it. I'm just saying: You're only more powerful for forging through."