Varun Sharma said, "if someone like me can be here, then anyone who is talented can reach here through hard work." 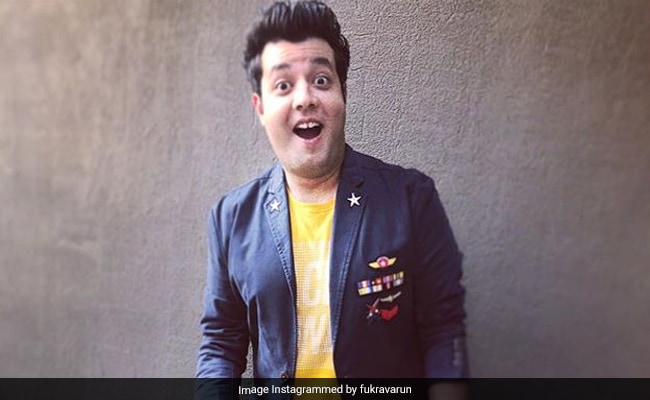 Varun Sharma says he does not fall in quintessential Bollywood hero category but he is happy that he has been able to become a popular name as a "regular guy." The actor, who is a household name as the lovable Chucha from Fukrey, has three releases for 2019 - Arjun Patiala, Khandaani Shafakhana and Chhichhore. "Today people know me by my name and it is an achievement. I have always stayed true to my craft. I have come this far by giving auditions until Fukrey happened. I am not the fittest guy, I don't have biceps and six-pack abs. I am not a conventional hero. I am a regular guy trying to entertain people. So if someone like me can be here, then anyone who is talented can reach here through hard work," Varun told PTI.

The 29-year-old actor, who is currently shooting for RoohiAfza, said there is no dearth of offers from big banners but he has been careful about choosing projects. "I don't want to commit some stupid mistakes for any reason or to show myself in a different light. I don't want to do films for the sake of it. I am looking at long-term goals. I want to be associated with content and characters that will be embedded in the hearts and minds of people for a long time," he added.

He is happy being busy and living his dream, Varun said.

"Going to a film set is a magical and unbelievable feeling. I had dreamt of being in this profession and it finally happened. The journey has been hard but interesting." Crediting Fukrey for changing his standing in the industry, Varun said when he saw himself on the poster of a film, he knew he had become a hero.

"For me, a hero of the film is someone who is there on its poster. He is on the poster because he is a viable actor. In most of my films, I have been on the poster along with other actors. I am happy and content being viable," he said.

"However, I am not under this facade that I am the hero. For me, my character is my hero. Like, Chucha is the hero. I feel, ultimately, the audience goes to the theatre because of the trailer and storyline," the actor added.