"After I did Super 30, I had gained a lot of weight. My waist size was around 38 inches," said Hrithik Roshan 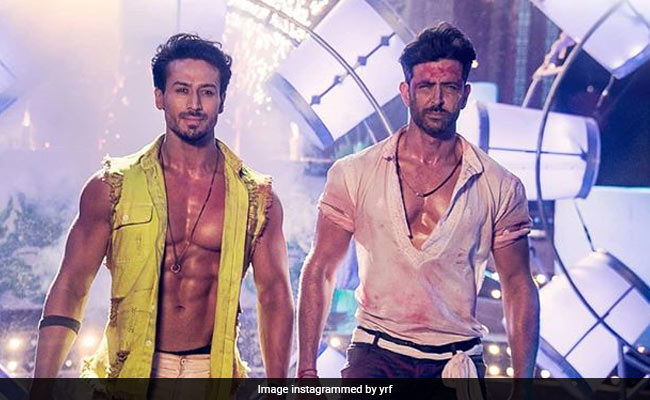 Hrithik Roshan in a still from War (courtesy yrf)

Remember the Bihari-accented Hrithik Roshan as Anand Kumar in Super 30? Ahead of War's arrival in theatres, the 45-year-old actor revealed he had gained weight for his Super 30 role (some extra 8 inches around the waist to be precise) and Tiger Shroff helped him get back in shape. Tiger Shroff, who has confessed several times that he respects Hrithik as his "idol", is a bona-fide fitness enthusiast and here's how he "inspired" Hrithik to return to his former self: "After I did Super 30, I had gained a lot of weight. My waist size was around 38 inches. Working with Tiger inspired me to lose weight and make it 30 again," news agency IANS quoted Hrithik as saying.

War is clearly one of the most anticipated films of this year with fans eagerly waiting to see Hrithik and Tiger on screen together. As per the film's intriguing storyline, Hrithik and Tiger and pitched against each other with Hrithik playing a special agent gone rogue and Tiger in charge of putting him down.

To keep the hype alive, Hrithik and Tiger have not been promoting the film together. "War pitches two of the biggest action superstars in this huge showdown and we want audiences to see Hrithik and Tiger together, for the first time, only on the big screen. We want to hold the magic of seeing them going after each other and increase the anticipation for the movie. Hrithik and Tiger have fought each other mercilessly and we wanted to translate this on-screen rivalry into an off-screen conversation point. They will not share the same stage during the promotions of the film," director Siddharth Anand had told IANS.

War also stars Vaani Kapoor and has been shot across seven different countries with pit-stops at 15 cities. Produced by Yash Raj Films, War will also hit screens in Tamil and Telugu apart from Hindi on October 2.