How Shanaya Kapoor Actually Looked While Posting This Pic. LOL

"Swipe to see how I actually look while posting this photo for the gram," she captioned her photo. 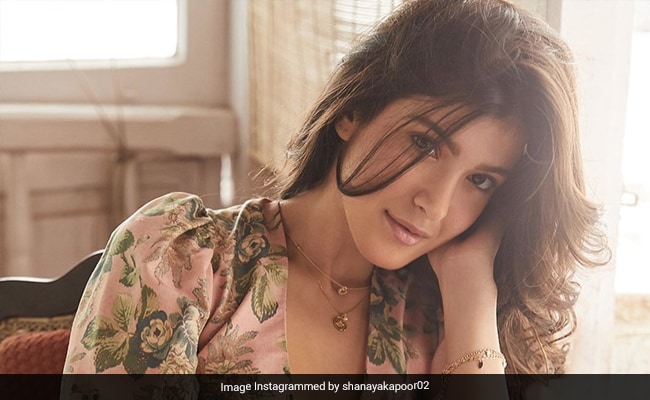 Shanaya Kapoor, who recently opened her profile to all, is making quite an impression of Instagram. On Thursday, Shanaya checked into Instagram in a goofy mood but masked it well. She shared a glimpse of her photoshoot on Instagram and in an additional photo, revealed how she actually looked while sharing the post. In the first phot, Shanaya is stunningly put together in a floral ensemble and statement jewellery while the second photo captures her love for fries and face masks. "Swipe to see how I actually look while posting this photo for the gram," she captioned her photo. Sanjay Kapoor, who is his daughter Shanaya's biggest cheerleader, wrote: "Second picture you look lit."

Shanaya Kapoor is not only a fan of fries but also noodles. Here's how happy boxes of Wai Wai noodles made her: "Thanks dad for the surprise," she wrote.

Shanaya Kapoor is the daughter of Sanjay Kapoor and Maheep Kapoor. Actors Sonam Kapoor, Arjun Kapoor, Janhvi Kapoor and Harshvardhan Kapoor are her cousins. Shanaya made her debut at the Le Bal in Paris in 2019. She has also already joined Bollywood but not as an actor but as an assistant director for Netflix release Gunjan Saxena: The Kargil Girl, which stars her cousin Janhvi Kapoor in the lead role. Shanaya also featured in bits and pieces on the Netflix show Fabulous Lives Of Bollywood Wives.