"Wish you many many more years of togetherness and happiness," wrote Bunty Bajaj 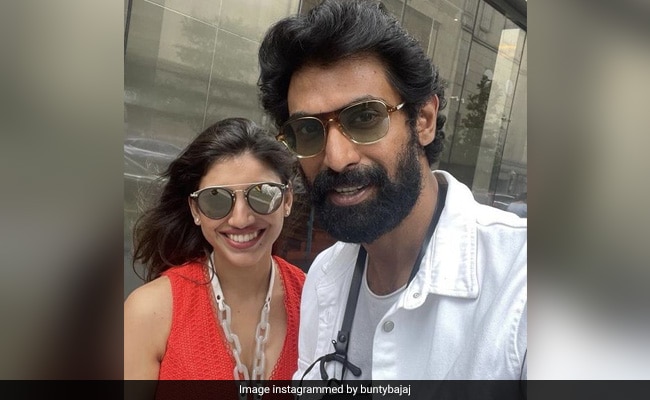 Rana Daggubati and wife Miheeka Bajaj received the sweetest anniversary wish from Bunty Bajaj. The actor's mother-in-law posted a picture of the couple on her unverified Instagram account and accompanied it along with a note that read: "Happy, happy anniversary. Can't believe it's one year. Wish you many many more years of togetherness and happiness. May god bless you both with lots of blessings n love always. Love you both." Miheeka Bajaj is a scion of Hyderabad's Bajaj family. Her mother Bunty and father Suresh Bajaj are the founders of a couture jewelry brand called Krsala jewels.

Kichcha Sudeep To NDTV: RRR, KGF 2 Have Brands; Vikrant Rona Has Only My Familiar Face