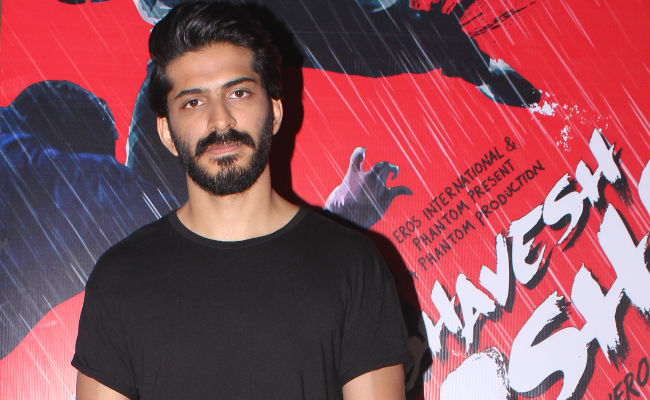 Harshvardhan Kapoor at an event for Bhavesh Joshi Superhero in Mumbai.

Speaking about the commercial failure of Mirzya, Harshvardhan said: "To be honest, I kind of knew somewhere that we were trying to do something new and different. And whenever you try to do something new and different, you don't always succeed. But I think for me, the success of Mirzya personally was that I got to work with a director that I have idolised. I love his movies and his vision was amazing and spectacular. To be a part of that was great."

There have been few superhero films in India - the Krrish series (starring Hrithik Roshan) and Shah Rukh Khan's Ra. One have been successful. So what is Harshvardhan's expectation from Bhavesh Joshi Superhero? "It is very difficult to define success and failure. Of course, there is box office which is very important because it is business at the end of the day. But your life is your life and you will work on what fits right with you. It is an amazing film. And to be able to be part of a vision so huge at such a young age was really spectacular," he said.

Promoted
Listen to the latest songs, only on JioSaavn.com
Bhavesh Joshi Superhero also stars Nishikant Kamat, Radhika Apte and Priyanshu Painyuli and it is expected to release on May 25.