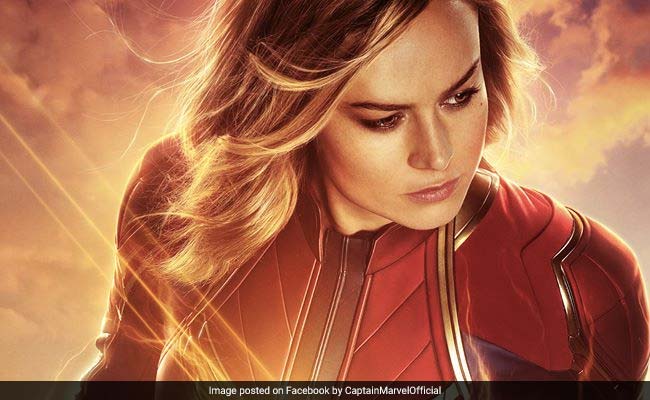 Captain Marvel has responded to doubters, trolls and a pernicious Hollywood myth in the strongest way possible - with a monster first weekend.

The Disney-Marvel movie, starring Brie Larson as the title hero, had a top-20 all-time opening before adjusting for inflation, according to studio estimates Sunday.

By grossing $153 million in its domestic debut, Captain Marvel topped another female-led action franchise, 2012's The Hunger Games ($152.5 million) and slid in behind another: 2016's Rogue One: A Star Wars Story ($155 million).

Globally, Captain Marvel grossed a combined $455 million - the sixth-best opening ever before adjusting for inflation. The newest Marvel movie also continued the studio's streak: Every one of its 21 films has opened at No. 1.

The record-breaking debut debunked the myth that a solo female superhero couldn't reliably open a film - a foundation of success laid by Wonder Woman and now solidified by Captain Marvel.

Wonder Woman faced some skepticism before the 2017's film's massive box office: Was she worthy of carrying of her own movie? A half-year earlier, she had been dropped as an honorary U.N. ambassador for gender equality. And when the movie opened, an all-women screening at an Alamo Drafthouse in Texas stirred controversy.

Two years later, Captain Marvel faced heated online attempts to troll the film, with its Rotten Tomatoes audience score hitting just 27 percent before the website changed its rules last month to prevent review comments before a movie's release. Some fans were responding to the movie's "liberal politics and diverse casting," as well as "Larson's call for more women and people of color in film," according to The Washington Post's Steven Zeitchik.

Despite speculation that sexist trolls would somehow take down Captain Marvel, the film's audience was 55 percent male, according to Box Office Mojo - compared with 48 percent for Wonder Woman.

Of the movie's wide appeal, comic-book writer Kelly Sue DeConnick, whose 2012 reimagining of Carol Danvers largely inspired the film, says: "It tells me a hero is a hero. [There's] nothing inherently masculine about heroism."

"Mostly, I'm thrilled for the doors this will open," DeConnick, who was a consultant on "Captain Marvel," tells The Washington Post. "And for the little girls who will see themselves as protagonists in adventure tales."

If Captain Marvel follows Rogue One's" trajectory, it will also become the first female-led superhero movie to cross the billion-dollar mark in global gross. (Anna Boden, who shared the director's chair with Ryan Fleck, would also become one of the onlywomen to lead a billion-dollar-grossing film, joining Frozen co-director Jennifer Lee.)

On a larger scale, Captain Marvel's commercial success sets the stage for an increase in female-led superhero movies. DC's Birds Of Prey and Wonder Woman 1984 are scheduled to arrive next year. It could also bolster the studio's confidence in giving Black Widow (Scarlett Johansson, for so long the most prominent female Avenger) her own spotlight.

In the meantime, the next month in theaters will reveal just how far Carol Danvers can fly before she returns in April's epic Avengers: Endgame - and perhaps even take the reins of the next generation of Avengers.